The Carmel Clay Schools board of trustees recently unanimously approved the hiring of Whiteside, who will start her new job June 3. 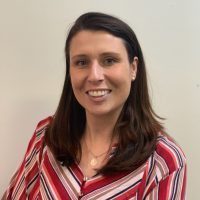 “I’ve been working in school-based mental health for almost 10 years now,” Whiteside said. “I started out as a school-based therapist, moved into supervisor roles and eventually a director role.”

For the past six years as director of Cummins Behavioral Health Systems, she has overseen all clinical and operational health programming for 113 Indiana schools across five counties.

“One of the many reasons (the CCS job) was attractive to me is I am in many schools right now, so I’m very excited to be able to focus my energy on one school system and really invest my time and efforts in that school system,” Whiteside said. “I’m also very excited right now about the social and emotional curriculums that are being implemented in schools. A lot of my career has been focused on treatment, so it’s really neat to be a part of prevention and spreading the word of mental health among students. There is a lot of evidence out there on the importance of early intervention.”

Whiteside, who has a master’s degree in social work from the University of Chicago, started in Indianapolis Public Schools as a therapist.

“Her background of not only serving as a school-based mental health therapist but also a supervisor of services brings the perfect skill set to CCS,” CCS Superintendent Michael Beresford stated.

According to data from the Indiana Youth Institute, suicide is the second-leading cause of death for youth ages 15 to 24 and is the fourth-leading cause for ages 5 to 14.

Whiteside said the opioid crisis is a major issue as well.

“I believe it’s a result of students growing up and becoming adults who don’t know how to manage and regulate emotions,” she said.