You are at:Home»Views»Letters to the Editor»Letter: Carmel senior featured in mailer does not support mayor 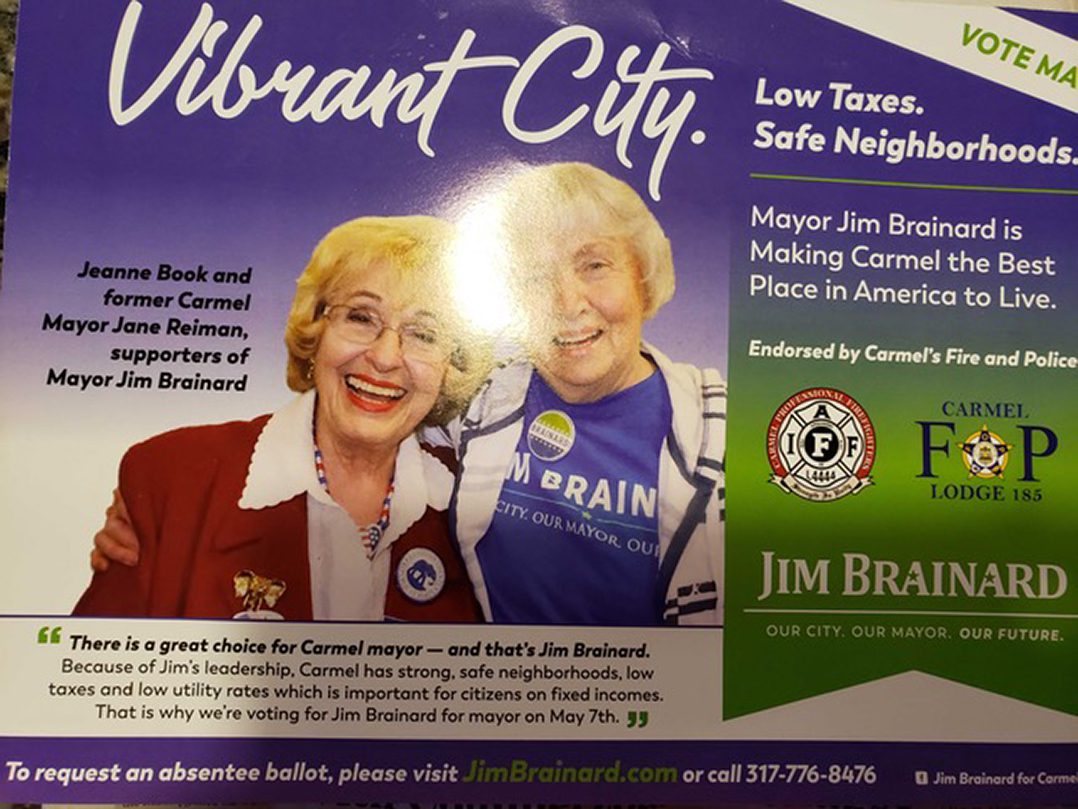 I wanted to comment on a mailer that was send to thousands of Carmel households and senior voters last week from Mayor Jim Brainard. The mailer featured my photo on the front cover as well as former Mayor Jane Reiman’s.

It is true that Nancy Heck (called on behalf of the mayor) to ask about using my photo, but at the time of the call she never told me it was a political mailer for the mayor suggesting that I was endorsing Mr. Brainard. At the time of the call, I implied it would be ok to use my photo. Upon further consideration, and not knowing what they intended to do with my photo, I called her back to tell her no and to not use the photo. She never returned my call.

I can’t understand how someone like Mr. Brainard would intentionally mislead the other Carmel seniors by suggesting we are voting Brainard. I was never asked and I have never provided any quote suggesting my willingness to support Mr. Brainard in his run for his seventh term despite what the mailer implies. I am disappointed in him and his dishonest attempts to deceive the public and my fellow senior voters.

For the record, I am deeply appreciative of Mr. Brainard’s enthusiasm and support of the Carmel Symphony Orchestra. However I am of the opinion that 24 years (six terms) is enough for any Carmel mayor and in general any elected official. Thus, I believe it is time for new leadership and for change.

I did not endorse Jim Brainard and do not approve of my photo being used in a political mailer. I have signed no release and provided no authority for him to do so.

I’m not a very demanding person, but it seems that an immediate public apology and retraction from Jim Brainard is appropriate given the truth that he was deceptive about my support and endorsement.

Carmel is greater than any one man and has a bright future. My late husband and I have called Carmel home for many years. I think truth and honesty are important, and I thought it important to all who may read this to understand that I am voting for Fred Glynn, despite what the mayor is putting out.

Let this be the clear understanding of where my support is during this month’s primary: I support Fred Glynn for mayor.