“The way he had about him was different than other coaches, and I think a lot of kids were drawn to that,” said Burman, who graduated in 1984. “He was someone that stuck out in my mind as a mentor for the rest of my life.” 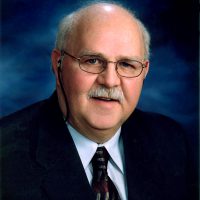 The Keith Fiedler Memorial Carmel Football Alumni Club Golf Outing is set for May 17 at Brookshire Golf Club in Carmel. The outing starts at noon with dinner at 6 p.m.

Fiedler, a Noblesville resident who died at age 66 June 9 after a short battle with thyroid cancer, spent 31 years as a CHS football coach, the final eight (1997 through 2004) as head coach. He retired as a teacher in 2013.

Fiedler was one of the founders of the alumni club.

“The golf outing is something we’ve been doing since the inception of the club, but with Keith’s passing, we named it in honor of him because he was instrumental in starting the club,” said Glen Baines, a past president of the club. “He had been our liaison to the football program in helping to direct those funds they need for various things.”

Fiedler was defensive coordinator when Baines was at CHS.

Fielder was named Indiana Football Hall of Fame in 2006.

“Keith kept things going really well, he got us all involved in the club,” Prather said.

Burman said Fiedler made an impact on students, fellow teachers and others in the community.

Burman said it’s a good time to rename the tournament at the same time Brookshire is revamping its facilities.

The cost is $110 per person for golf and dinner. Dinner only is $20. For more, visit carmelfootballalumniclub.com.