You are at:Home»Current in Fishers»Fishers Community»Students step up for anti-discrimination policy at HSE

Hamilton Southeastern Schools students are stepping up to show they won’t stand for the HSE board of trustees voting against the addition of gender and sexual orientation into their new anti-discrimination policy. 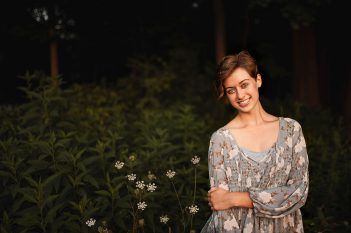 The board must vote again on the policy at its May 8 meeting. Another public hearing will be held before the meeting, and Fishers High School senior Logan Faircloth is making sure people know about it so that they can speak against the board’s decision.

Faircloth said the first meeting produced a devastating outcome, specifically calling out board member Sylvia Shepler for the words she said against members of the LGBT community.

During the meeting, Shepler said she believed there was a growing trend in which being part of the LGBT community was becoming “cool and popular.”

“Why wasn’t this condition acceptable in the past and it is now? Why? And now it seems being straight is less acceptable almost,” she said.

Faircloth calls herself an ally of the LGBT community.

“I have multiple friends that are gay, lesbian, trans. So, I was speaking in support of them, for a policy to protect them in the future,” Faircloth said. “It was pretty devastating, hearing one of our school board officials speak to us, speak to the students when she knows an hour before they were speaking to her about the harassment they receive on a day-to-day basis. It was also (like she was) ignoring everything all the students said and then further on saying that being in the LGBT community means you have a mental illness.”

Faircloth said one of her friends, who is transgender, stood up in the middle of Shepler’s comments for a specific purpose.

“He stood up so she could look at him while she was speaking because everything she was saying she was saying it to him,” Faircloth said. “He wanted her to know, ‘This is what you’re saying to me.’ Him being one of my best friends and knowing everything he’s gone through being a trans man, some of the struggles I never would have thought about, his family life and everything that comes with being in this community, I was incredibly angry. He’s sitting there and he’s crying because she was completely disregarding him and everything the public had said.

“As a friend, I was incredibly angry. The parents and community members around me where angry.”

Since the meeting, Faircloth has partnered with others to lead an effort encouraging students to speak at the May 8 meeting. With the added pressure on the district from the media and public figures such as Mayor Scott Fadness, Faircloth said she hopes the board of trustees votes to add the new language into the policy.

Shortly after the first vote, Fadness released a statement.

“Although I recognize and respect the division of authority between our school system and city government, I cannot abdicate my role as a community leader. Our community continues to be viewed and recognized as one of the best cities in the nation to live and raise a family. Those accolades ring hollow if we are not willing to support those among us who are most vulnerable,” he stated. “We should not discount the effect of finally saying in an affirmative voice that we see you, we hear you, and we stand with you as one community. For those currently in power, it may be difficult to discern the value of these actions, but we have not walked in others’ shoes. We have not experienced the pain and struggles of those who have felt marginalized by our society. As Dr. Martin Luther King Jr. once said, ‘The arc of the moral universe is long but it bends toward justice.’ It is my hope and ask that the HSE School Board will enumerate those most vulnerable in their anti-discrimination policy and bring us one small step closer to a more complete community.”