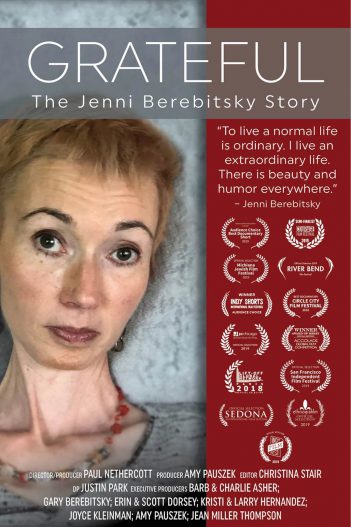 After making the rounds at film festivals nationally and internationally in 2019, the documentary of Indianapolis resident Jenni Berebitsky is returning home. 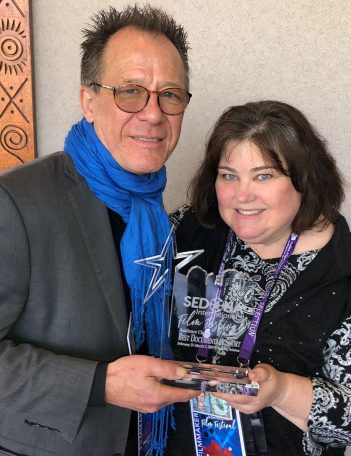 Berebitsky has been battling ALS for 10 years.

“Producing ‘Grateful’ has been an amazing experience,” Pauszek said. “I have had the opportunity to witness how my friend Jenni Berebitsky’s story about ALS touches and affects the lives of others. People love the film. They laugh and cry and find it inspiring. So many friends have helped support the award-winning film and it’s an honor to be bringing it back to Indiana to screen in May at the Indy Film Festival. It has been such a blessing having ‘Grateful’ traveling all over the world, but Indiana is my home.”

“I have produced seven films and I am proud to continue producing documentary films that are filmed in Indiana and will make a difference to others,” Pauszek said.