As an opera singer, performing in “Master Class” is special for Rachelle Woolston.

“I like that it introduces the world of opera to an audience that might already be familiar with it,” Woolston said. “To hear operatic singing up close is powerful if you have experienced it before.” 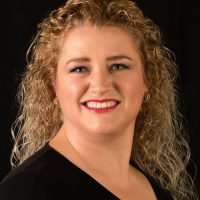 The Carmel resident, who is education and community engagement coordinator for Indianapolis Opera, will appear in the Indianapolis-based Catalyst Repertory’s production of “Master Class” at The Switch Theatre, 10029 E. 126th St., Fishers.

Nan Macy, Columbus, Ind., is performing as Callas, who can no longer sing at this time because her voice is damaged.

“Nan is a phenomenal actress. It’s almost a one-woman show and the rest of us are little side pieces,” Woolston said. “She projects all of her insecurities into all of us singers.”

Callas, who died at age 53 in 1947, is portrayed as bitter and angry she can no longer sing.

Woolston plays the second soprano, which is the role for which Audra McDonald received a Tony Award in 1996.

“This role is notable because she actually fights back against Maria’s criticism and mean-spirited attitude as opposed to simply taking it all without protest,” Woolston said.

“Indianapolis Opera is partnering with them because this show requires opera singers. You couldn’t do it without them,” Woolston said. “I helped to find singers, the pianist and the space.”

“When she goes into memories, some of the other characters in the show become her memories,” Woolston said.