Lawrence North High School senior Taryn Locke gets to put on a completely different persona in her portrayal of Kim MacAfee in “Bye Bye Birdie.” 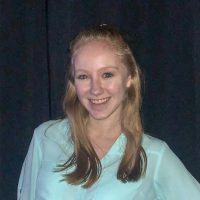 “She is literally the opposite of my personality,” Locke said. “I get to be a giggly, teenage girl, which is a lot of fun. She’s boy-crazy.”

The story begins when Kim MacAfee is randomly chosen at her high school to be kissed by teen idol Conrad Birdie after he sings “One Last Kiss” on “The Ed Sullivan Show” on national television before he goes into the Army.

Locke said her favorite song is “How Lovely to be a Woman.” 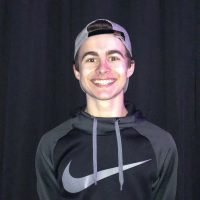 “I like how expressive Albert is in every scene,” Herrmann said. “He has a wide range of emotions he displays. He tries to be calm and collective and comes off as anxious. When he is extremely anxious, he’s comes off as crazy.”

His favorite song is “Put on a Happy Face.”

Locke said there are the big superstars now, like Birdie, who were inspired by Elvis Presley. Although Locke said her fellow students might not relate to the Elvis part, they should relate to the coming-of-age aspect. 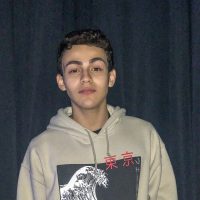 “He’s very flamboyant and suave. It’s fun to get into and be able to be goofy,” Alvarez said. “We did one show where I had to be seven characters at once.”

This is Alvarez’s first musical. 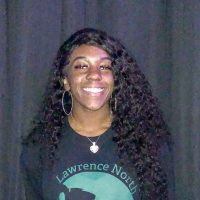 “Other than a play in middle school, this is my first actual musical,” Whitaker said. “This is my first year in choir. I’ve been a band kid all my life.”

Tickets are available at the door.