You are at:Home»Current in Zionsville»Zionsville Community»500 Festival princess will don running shoes for Mini

Olivia Johnson will put her 500 Festival Princess duties on hold for a stretch during the May 4 OneAmerica 500 Festival Mini-Marathon.

“I’ve been a runner my entire life. I’ve ran (the Mini) for the past five years,” Johnson said. “My dad ran for as long as I can remember. It’s very much a family event for us.” 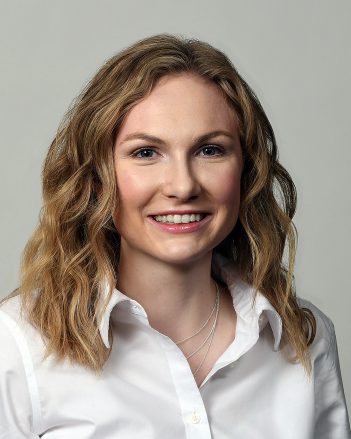 “I’m running the race at 7:30 and then I’m going to help tear everything down after my run,” said Johnson, who competed in cross country and track and field at Zionsville Community High School. “I’ll be getting a really good sleep that night.”

The 2016 ZCHS graduate is a junior at Purdue. Along with the Mini-Marathon, Johnson loves the Indy 500.

“I’ve had the opportunity to go a few times before,” she said. “There are so many people and it is so hot outside. But you would rather be nowhere else in the whole world because it’s unlike anything else you have ever experienced.”

At an event in April, she met IndyCar driver Tony Kanaan.

“I found myself speechless because this is an idol I’ve looked up to my entire life,” she said. “To meet one of your heroes is breathtaking.”

Johnson enjoys being part of the events where the princesses are invited.

“I believe to make our world successful we have to be supportive of everyone’s passions,” she said. “At the inbound outreaches, it’s very successful community members asking us to be part of something they’ve worked very hard on.”

Johnson is passionate about working with animals.

“I want to work in a zoo or conservation sanctuary,” she said.

Johnson, a Spanish major, started working at the Indianapolis Zoo two years ago as a seasonal interpreter.

She is now a part-time interpreter, working on weekends while at Purdue and five days a week in the summer.

Johnson is a member of The Crazy Monkeys, a Purdue improv group.

“Every month we give free shows to students and community members,” she said.