You are at:Home»Current in Geist»Geist Community»Westfield grad, Mt. Vernon educator Bisesi leaves legacy of kindness
Adam Bisesi just had a way about him.

“He was a person you wanted to be around because he always made you smile or laugh,” longtime friend Ruby Burris said. “His smile was infectious. To not smile around him would be impossible. I never remember him being angry or upset. He went out of his way to make everyone feel important.” 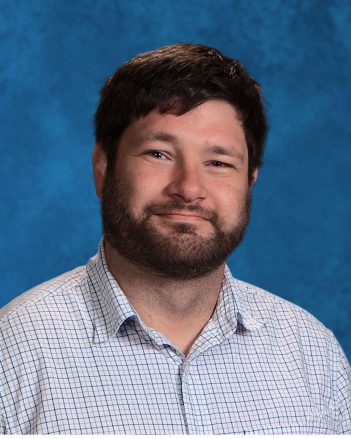 Burris knew Bisesi since the second grade in Westfield.

Both were 2002 Westfield High School graduates. They kept in touch through the years.

Bisesi, an Indianapolis resident, was a seventh-grade language arts teacher at Mt. Vernon Middle School. He was in his fifth year at the school.

“The Mt. Vernon community, surrounding schools, churches and other organizations have rallied with overwhelming support for our students and teachers during this difficult time,” Mt. Vernon Middle School Principal Benjamin Williams said. “Mr. Bisesi is greatly missed. He had a unique talent and ability in connecting with students, plus motivating students to develop a love for reading. He was a wonderful colleague, teammate and friend to us.”

“But you always knew he was going to be there,” she said.  “He would help anybody, that’s who he was. His faith was just so solid for him.”

“We went on mission trips together,” Shattuck said. “I got to know him really well as a pre-teen and teenager. No one is lying when they say he was the nicest person we ever met because it’s quite true.”

Shattuck said she was talking with her youth group friends and they all have the same things to say about Bisesi.

“He had a heart of gold,” Shattuck said. “I wasn’t this lucky but my girlfriends were because if they couldn’t find a date, he would take the girls to dances. He made sure no one felt left out.”

Shattuck said Bisesi made sure everyone’s voice was heard before he offered his view.

Burris said the visitation was moving.

“There will be people that waited 2 1/2 hours to see his family,” she said. “It was unbelievable all the people he touched throughout his life.”

Bisesi is survived by his mother, Kristi, and stepfatherm Tom Ebbinghaus, and sisters Abby (Eric) Breece, Brianna (Jarrod) Houghland and Caitlin Ebbinghaus. He was preceded in death by his father, Terry Bisesi.