At an April 25 press conference, Pauley said that Brainard grabbed her bottom and kissed her at her car as she was leaving a Christmas party in 2015. 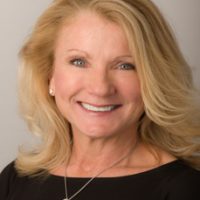 Pauley said she remained cordial toward the mayor after the incident and didn’t mention it, hoping it wouldn’t happen again.

“Something like this had never happened to me, and I thought it was just a one-time thing,” she said. “I just wanted to forget about it. I knew I was ushering in a new era of cooperation. We were asked to be cooperative of one another no matter what. I wanted to continue that cooperation with our offices.”

Pauley was elected to clerk-treasurer in 2015 for her first term. Brainard, who supported her campaign, won his sixth term in 2015.

After receiving an email from Brainard in March 2016 inviting her to travel to Rome with him for a conference at which he was a speaker, she said she realized the offer went beyond taking a professional trip together. In the email, Brainard described the trip as a “special secret” and stated that “Life should be an adventure and there’s no one I’d rather explore with than you.”

Brainard was legally separated from his wife at the time. His divorce was finalized in 2017.

Pauley said she tried to “stay at an arm’s distance” from the mayor after receiving the invitation to Rome.

Pauley also released an email she received May 4, 2016, from Brainard. The email included a forward from the Adam & Eve website, which sells adult novelties, asking Pauley if she had signed him up for the mailing list. Pauley said she did not and added at the press conference that the email made her feel “dirty.”

“On many occasions there were drunk emails and texts to me, so I just ignored them and said no,” she said. “I pushed them away and said, ‘This can’t be happening’ and just ignored it.”

Pauley said she decided to come forward now so that Carmel voters will know about Brainard’s character when they go to the polls.

“There is no retribution. I’m not running for office. I’ve chosen to walk away from being a public servant,” she said. “I’m able now to speak out. The timing is just right.”

Pauley is supporting Brainard’s challenger, Hamilton County Councilor Fred Glynn. She has donated $1,000 to his campaign according to campaign finance reports.

Also on April 25, the City of Carmel spokeswoman Nancy Heck released an email the city received from Pauley’s former neighbor, Amy Stacey, who said she remembers Pauley telling her in June 2016 that she was dating Brainard. Stacey said she moved out of Carmel in early 2018.

“During the time we lived in the same neighborhood Chris Pauley would be very open when bragging about the men she dated (judges, lawyers, doctors, prominent businessmen),” Stacey stated. “I had no reason to not believe her when she claimed to be dating Mayor Brainard, as I saw them in public often and when Mayor Brainard came to Chris’s home on more than one occasion.”

Stacey said she fears retaliation from Pauley but decided to come speak out anyway.

“I am coming forward in the interest of the City of Carmel, in defense of an innocent man and last but not least for all the women that really have endured sexual harassment in the workplace,” Stacey stated.

Pauley referred questions about Stacey’s email to her attorney, Tim Stoesz. Current has reached out to Stoesz for comment.