Although the AgriPark on 13th Street and Florida Road in Fishers won’t open this year, residents can expect more public offerings than originally planned when it does launch.

The AgriPark was announced last year. Described by the city as the nation’s largest urban farm. it pays homage to the city’s agricultural roots. It was originally expected to open in the fall of 2018.

Deputy Mayor Leah McGrath said during the past year, the city has worked with its partner, Brandywine Creek Farms, to refine the model of delivery for the AgriPark concept.

“Part of that is learning about the land and how to operate an urban farm that has diversified crops,” Parks and Recreation Dept. Director Sarah Sandquist said. “It’s also something new and exciting the community hasn’t had an opportunity to visit a space like this, so we want to be intentional.”

Brandywine Creek Farms will farm a portion of the 33 acres. The remainder will be utilized by the city for public offerings. 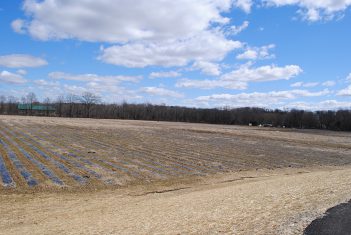 “What you’ll see is Brandywine Creek Farms on the northern portion and Fishers Parks and Rec will operate everything south of that,” McGrath said.

Sandquist said she expects the parks department to offer educational opportunities through summer camps and individual programming when the park is up and running. Programming on gardening, agriculture and urban farming also will be offered, and there will be livestock experiences. Brandywine Creek Farms will manage the animals along with operating the farming portion, but the animals will be available for public interaction when the park opens.

“The difference between what was here before, which was corn and soybean and what you traditionally see in Indiana, (is that) now they are growing diversified crops,” McGrath said.

Initially, Brandywine Creek Farms was going to operate the entire park. But the city is working with the organization to identify what each entity will operate.

“We will operate the public portion so there’s more opportunity for the public to really get their hands dirty,” McGrath said.

Although the public portion of the AgriPark isn’t expected to open until spring of 2020, Brandywine Creek Farms will continue to farm the land during the 2019 growing season.

“I think what we’ve learned in the last year is nobody has ever done this before,” McGrath said. “There’s a whole lot of interest.”

City officials are gathering stakeholders and educators this year to work on developing the park’s public opportunities.

Sandquist said Hamilton Southeastern Schools will likely be involved in the activities when the park opens.

“We plan to work with HSE in identifying a grade of curriculum for students to have opportunities for in-classroom work and to come out to the farm,” she said.

Sandquist said connecting curriculum across two grades may be the solution.

“Students would come in the spring and plant and have the opportunity to come back in the summer,” she said. “Then, they come back in for the fall harvest (when they’ve moved up a grade).” 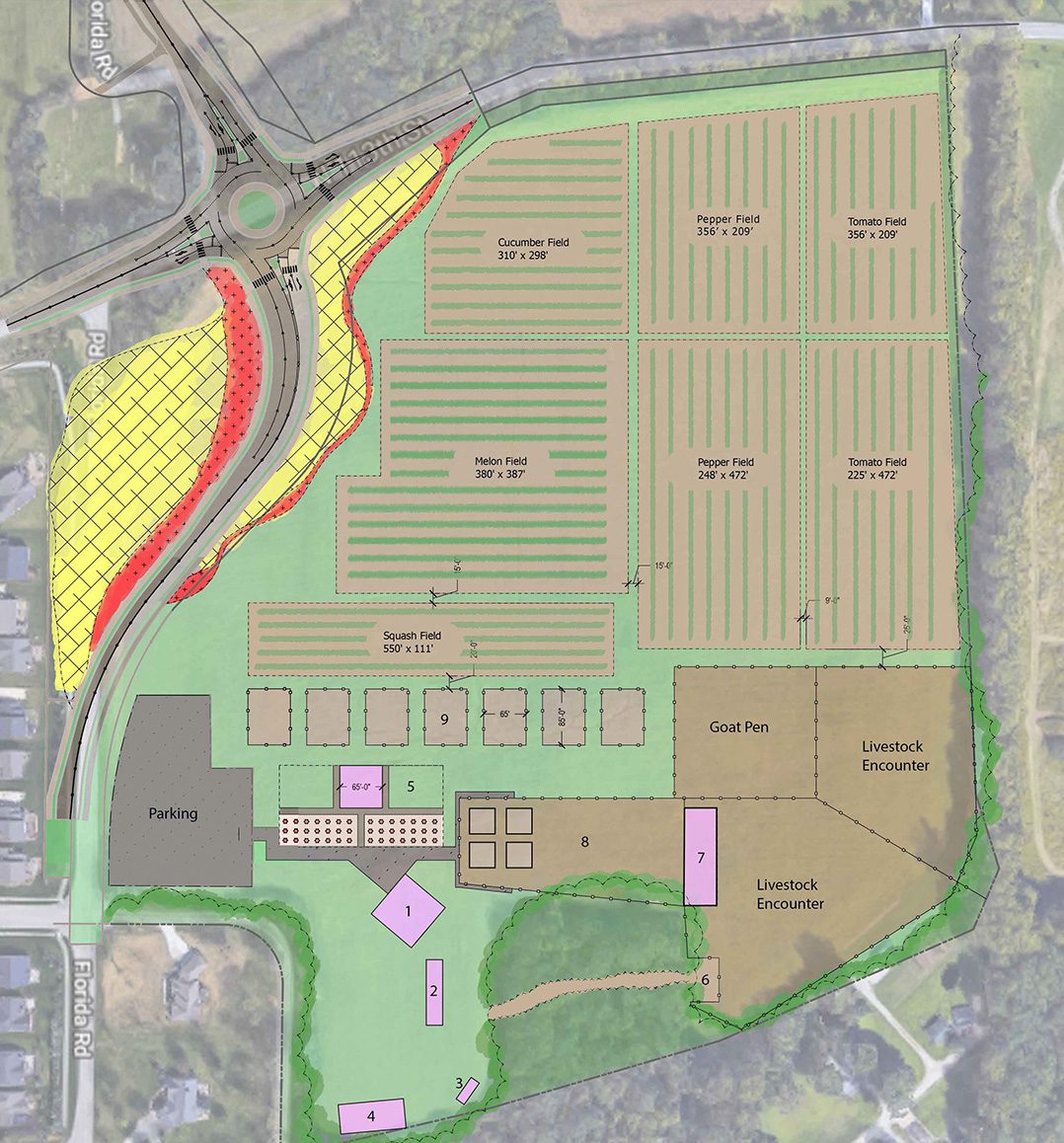 A map depicting different sections of Fishers’ AgriPark, which is expected to open to the public in spring 2020. (Submitted image)

Vegetables to be grown at the AgriPark

Unlike a traditional Indiana farm, Fishers residents won’t see acres of corn and soybeans at the AgriPark on 113th Street and Florida Road. Instead, they’ll see Brandywine Creek Farms cultivating produce such as tomatoes, cucumbers, kale, watermelons, cantaloupes and peppers.