“Amber Waves” follows a year in the life of an Indiana family as they face the prospect of losing their farm.

“You Can’t Take It with You,” OneAmerica Stage, Indiana Repertory Theatre, Indianapolis

Ken Levine’s play centers around four sportswriters, whose lives are changed during the course of one game in a press box.

The Mud Creek Players present the classic rock opera for the first time since 1989.

Disney’s “Newsies,” Civic Theatre, The Tarkington, the Center for the Performing Arts, Carmel

“Newsies” follows the story of Jack Kelly, a charismatic  newsboy and leader of a band teenaged newsboys.

“Forbidden Broadway, It’s Back, It’s New and Better Than Ever!,” Actors Theatre of Indiana, The Studio Theater, the Center for the Performing Arts, Carmel 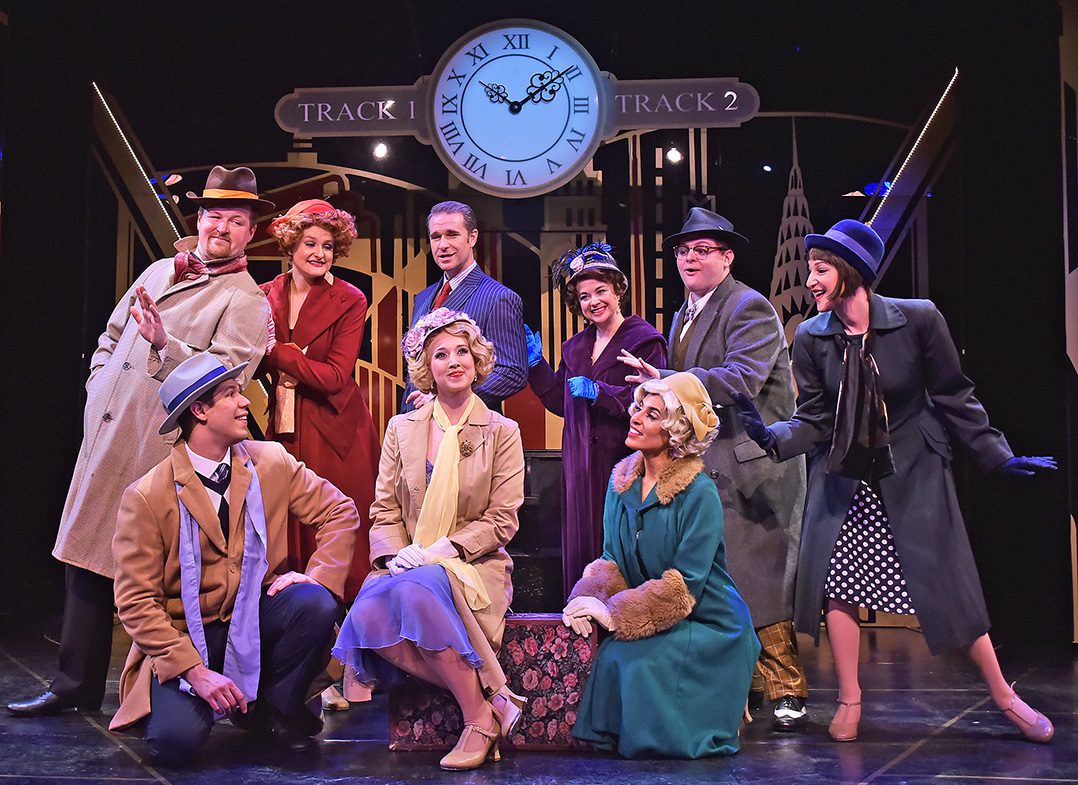 Peggy Sawyer (Kayle Verble), center, is surrounded by her castmates, the director and writers of “Pretty Lady” as they try to persuade her to come back and star in the show in “42nd Street” at Beef & Boards Dinner Theatre. (Submitted photo)

The show-biz musical “42nd Street” celebrates Broadway and Times Square while telling the story of aspiring chorus girl Peggy Sawyer, who comes to the big city from Allentown Pa., and lands her first big job in the ensemble of a Broadway musical.