You are at:Home»Current in Carmel»Carmel Community»Carmel High School graduate gets shot at pro lacrosse

If nothing else, it should be an interesting summer break for Alex Heger.

The 2015 Carmel High School graduate and Robert Morris University lacrosse goalie was drafted by The Ohio Machine in Major League Lacrosse in the seventh round. 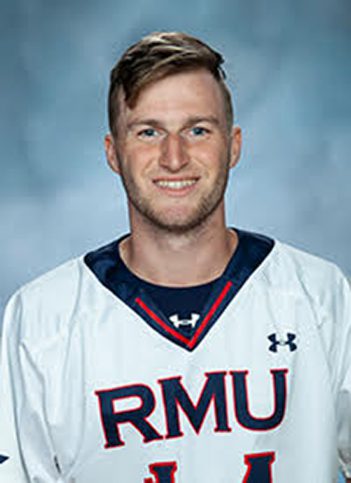 “I’m going to try it out this year, and if I enjoy playing in the pros, I’m going to keep doing and make it fit with whatever job I have in the future,” Heger said. “Playing the game I love is a great opportunity, so I’m going to keep pushing beyond these four years (of college).”

Heger said a few teams reached out to see if he wanted to continue playing. Heger expects to sign with the Columbus-based team after his college season concludes. The only pro lacrosse game Heger has attended was in Columbus  to see his former teammate, Zach Bryant, who played for The Ohio Machine in 2018.

There is a training camp in late May, and most drafted players make the squad, Heger said.

“In middle school, coaches said, ‘Keep pushing your game. You’ve got a chance to play somewhere big and make a name for yourself,’” Heger said. “I kept that in the back of my head.”

Heger was a first-team all-state goalie on CHS state champion teams his junior and senior years. He also played for the Carmel Gold Icehounds High School team that won the 5A state hockey title his senior year.

“I was never good enough to play at the college level for hockey,” Heger said.

So, he turned his attention to college lacrosse, committing to the Pittsburgh-area college as a junior.

Heger, who was named a 2019 Inside Lacrosse Preseason All-American, is the career saves leader for RMU.