You are at:Home»Current in Fishers»Fishers Community»Judge rules in favor of Fishers for Nickel Plate Trail, requests recovery of fees

On April 18, the Hamilton County Superior Court issued an order granting the City of Fishers’ Motion for Judgment on the Pleadings and Awarding the City Attorneys’ Fees and Costs against Save the Nickel Plate, Inc. for its filing of a lawsuit against the City of Fishers Board of Public Works & Safety due to their litigation in “bad faith.”

Save the Nickel Plate was formed after The Hoosier Heritage Port Authority – the owner of the Nickel Plate corridor –announced in February 2017 its plan to remove the railway along a 9.2-mile stretch from 96th Street in Fishers through Noblesville to build a pedestrian trail. The City of Fishers, City of Noblesville and Hamilton County have since created plans to build a trial along the corridor.

Save the Nickel Plate has filed several claims and lawsuits, multiple public access complaints, a Dept. of Local Government and Finance hearing petition, three lawsuits in Indiana Courts, and appeals with the Federal Surface Transportation Board, all of which were dismissed.

The latest ruling from the Hamilton County Superior Court states: “This court finds that (Save the Nickel Plate) brought and continued to litigate frivolous and groundless claims… Accordingly, the Court finds an award of attorneys’ fees and costs to the taxpayers of the City of Fishers is warranted under these unique circumstances.” 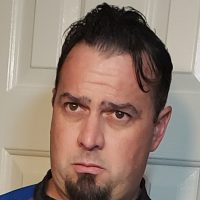 President of Save the Nickel Plate Tyler Mendenhall said the organization is exploring options for an appeal to the court’s ruling.

“I want to express deep disappointment with (the) ruling by Hamilton County Superior Court No. 5 Judge David K Najjar. By ruling that STNP must pay City of Fishers’ attorney’s fees and court costs, Judge Najjar sets a dangerous precedent that undermines STNP’s First Amendment right, ‘… to petition the government for a redress of grievances.’ This ruling sends a chilling message,” Mendenhall wrote in an email statement to Current in Fishers. “If one exercises the right of Free Speech and questions or challenges government policy, there will be court-sanctioned financial retribution. The threat would be enough to scare any citizen or public benefit corporation from making a good-faith effort to bring transparency and openness to major public policy decisions. It would likewise discourage attorneys from providing legal counsel. This is not a stance any responsible government or elected official should take against its own citizens. The organization stands behind its claims against Fishers.”

STNP past president Logan Day, who is currently running for mayor for the City of Fishers, countered the court’s ruling by saying the city and Mayor Scott Fadness had no right to be concerned about costing taxpayers’ money when the city council recently approved tax incentives to Crew Carwash, which recently announced it would bring its headquarters to Fishers. 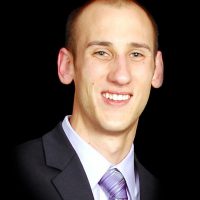 “It’s unfortunate to hear that the Hamilton County courts have ruled against Save the Nickel Plate. However, I’m confident that the citizens of Hamilton County are keen enough to see beyond a court’s ruling to understand the lack of integrity and public involvement in the city’s process of casting a new vision for the corridor,” Day wrote in an email statement to Current in Fishers. “Fadness has no room to talk about costing taxpayers’ money when he gives away unnecessary tax incentives like the 10-year tax abatement and waiver of impact fees totaling nearly $1.5M recently offered to Crew Car Wash. An email circulated by the company in early February stated, ‘Crew is not asking for any tax incentives or money from the city.’”

In a press release, the City of Fishers stated, “The people of Fishers have voiced strong support for the Nickel Plate Trail and the City will continue toward groundbreaking this fall.”