You are at:Home»Current in Carmel»Carmel Community»Westfield, Carmel athletes seek shot at NFL

Former Purdue safety Jacob Thieneman is convinced he can play in the NFL.

Just a shot is all the 2014 Guerin Catholic High School graduate wants. 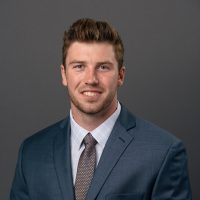 “I firmly believe I’m a draftable player. Whether or not that happens, I’ll take the chips as they fall,” said Thieneman, who lives near the Westfield and Carmel border. “Regardless whether drafted or undrafted, I’m going to go into rookie mini-camp, then fall camp with the mindset I’m going to make this team. I’m going to help this team win games. I’m going to help the team win a Super Bowl. It’s a similar position when I went to Purdue as a walk-on. I’m going in with the same mindset.”

Thieneman has been working out at Grand Park in Westfield with former Colts players Robert Mathis, Marlin Jackson and Dan Muir.

Thieneman, a senior team captain who earned a scholarship as a redshirt junior, missed the final three regular-season games in 2018 with a staph infection but returned to play in the bowl game. Thieneman’s younger brother, Brennan, started in his spot when he was out. Jacob Thieneman finished with 74 tackles. He started all 13 games as a junior, finishing with 80 tackles and two interceptions. 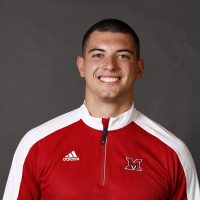 Like Thieneman, Becker is a former walk-on. Becker earned a scholarship after one year.

The 6-foot-5 Becker started all 11 games and contributed a career-high 13 catches for 154 yards as a senior.

“I grew up a Colts fan, so just getting any kind of experience like this is a dream come true,” Becker said. “I think I performed well, and it was a great day meeting with coaches and other players. To make a roster, you have to be a versatile player. I pride myself on that and I think that’s what was able to help me (at the pro day). All I want is an opportunity, whether I’m drafted, an undrafted free agent or a try-out camp. Just want to show people what I can do like this (pro day).”