When Westfield Police Dept. released its annual report for 2018, overall crime decreased. However, fatal vehicle accidents rose from zero in 2017 to four in 2018.

As a result, the city is zeroing in on the negative effects of distracted driving, such as texting or talking on the phone while behind the wheel.

The city recently launched the SafeRoads Campaign, a four-pronged approach which Mayor Andy Cook hopes will lead to new legislation.

“When you fill out a state form, you have to list the cause (of a crash). The cause might be because someone turned out in front of someone without the yield, or they followed too close,” WPD Chief Joel Rush said. “This year, we started to list distracted driving as a cause.”

Rush said the typical cause of an accident may be something like not yielding or following too closely, but the root problem is often drivers using their cellphone. But when an accident occurs, Rush said it’s extremely difficult to determine if phone usage was part of the problem when writing citations.

Currently, among other limitations regarding cellphone use while, driving state law  prohibits police officers from confiscating a device to prove a driver was using the phone.

“When you have poorly written laws, officers can’t enforce them, and that’s what we have here,” Rush sad. “Until the state changes the statute, it’s going to be hard to enforce this.”

“Enforcement is us going out and citing people and stopping people and looking at those things that are symptoms of distracted driving, (such as) left of center, leaving the roadway, following too close,” Rush said.

For the environmental portion, the city will make roads safer by adding signs and roadway markings or placing curbs to prevent drivers from turning left in high-accident areas. 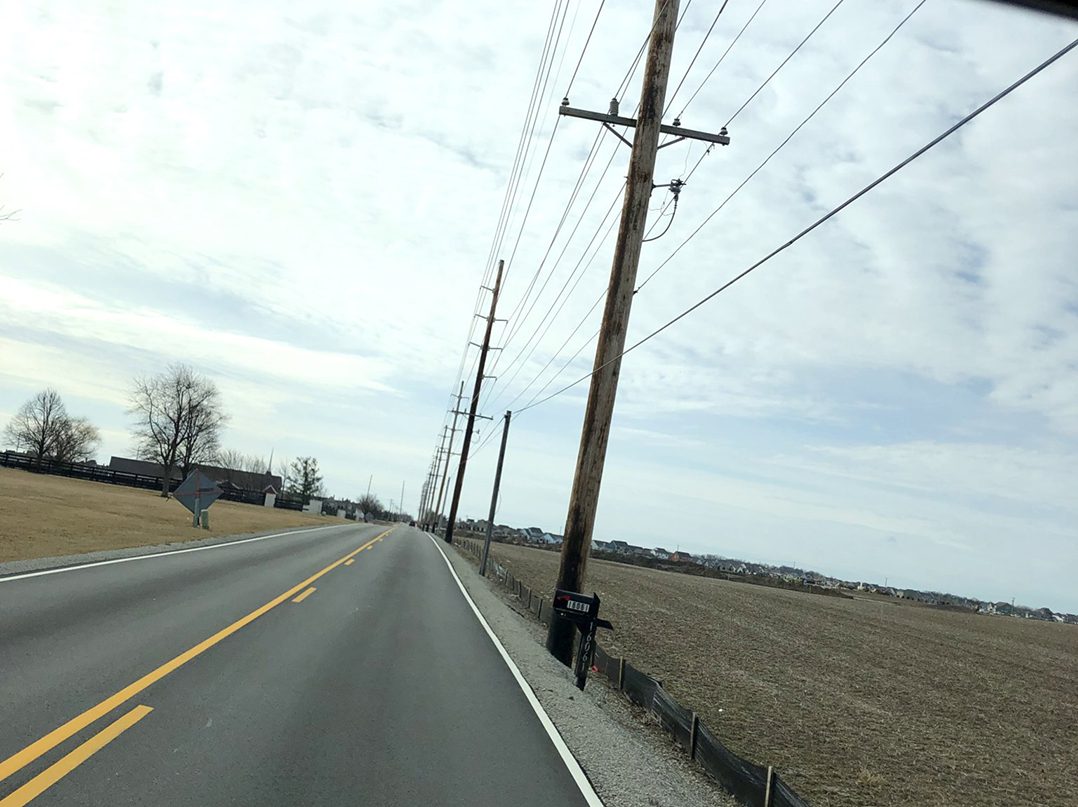 The City of Westfield is meeting with utility companies to request they move utility poles further from the side of the roadway to help prevent accident injuries and fatalities. (Submitted photo)

Efforts to change utility poles’ proximity to the roadway

Besides distracted driving, Mayor Andy Cook has identified another problem to address: utility pole proximity to the roadway.

A fatality occurred earlier this year when a driver slid off the road due to poor conditions and struck a utility pole 4 1/2 feet off the pavement.

“According to Indiana law, utilities have every right to be as close to a roadway as they so desire,” Cook said. “Here’s part of the irony: Our signposts are required by state and federal law to be break-away. In other words, an automobile traveling at 30 mph, those poles will just snap right off by design.”

Cook has met with utilities to discuss the risk utility poles pose to drivers.

“I’m not asking them to move the poles back. I’m only saying when they upgrade or replace, please place them in a safe manner,” Cook said. “For example, if you go to 161st Street and Oak Road, we had utility poles on opposite corners that were so close to the pavement we couldn’t even a turn a firetruck. If you go out there today, they have fixed that.” 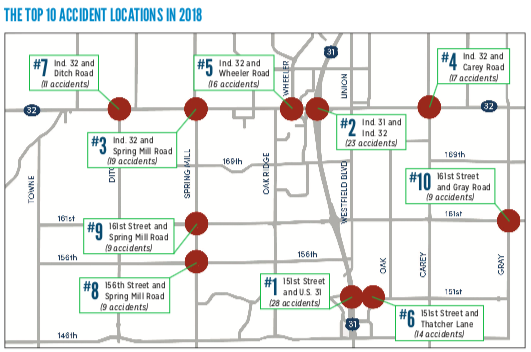