You are at:Home»Current in Zionsville»Zionsville Community»Column: American Legion celebrates its 100-year anniversary

The American Legion was founded in Paris between March 15–17, 1919, by delegates from combat and service units of the American Expeditionary Force. A group of 20 officers who served in the American Expeditionary Forces in France during World War I is credited with founding the Legion. AEF Headquarters asked the officers to suggest ideas on how to improve troop morale. One officer, Lt. Col. Theodore Roosevelt Jr., proposed an organization of veterans. 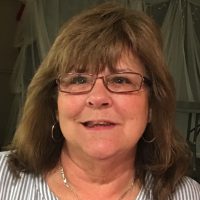 “The American Legion was chartered and incorporated by Congress in 1919 as a patriotic veterans’ organization devoted to mutual helpfulness,” according to the American Legion’s mission, as posted on its website. “It is the nation’s largest wartime veterans’ service organization, committed to mentoring youth and sponsorship of wholesome programs in our communities, advocating patriotism and honor, promoting strong national security, and continued devotion to our fellow service members and veterans. Hundreds of local American Legion programs and activities strengthen the nation one community at a time.

Between May 8-10, 1919, the Legion held a second organizing caucus in St. Louis. It completed the constitution and made plans for a permanent organization, setting up a temporary headquarters in New York City and beginning its relief, employment and Americanism programs.

Congress granted the Legion a national charter on Sept. 16, 1919. The first national convention convened in Minneapolis Nov. 10-12, 1919, adopting a permanent constitution and electing officers to head the organization. Delegates also voted to locate the Legion’s national headquarters in Indianapolis. A resolution was passed in support of Boy Scouts of America. Today, the Legion is the chartering agency for more than 1,700 Scouting units made up of approximately 64,000 youths. The Legion continues to support the four pillars of service and advocacy upon which it was founded: Veterans affairs and rehabilitation, national security, Americanism and children and youth.

The American Legion Auxiliary also was founded in 1919. It is the largest organization in the world dedicated to veteran service for women and consists of around 800,000 members in 9,500 communities across the United States. American Legion Auxiliary members and volunteers help veterans and other former and current members of the military along with their families through volunteer hours, program  and an increased presence in Washington, D.C.

Sons of the American Legion was founded in 1932, to honor the service and sacrifice of Legionnaires. S.A.L. members include males of all ages whose parents or grandparents served in the U.S. military and were eligible for American Legion membership.

American Legion Riders began in 1993 in Garden City, Mich., and was chartered Oct. 17-18, 2007, by Resolution 35 as voted on by the National Executive Committee of the American Legion. American Legion Riders chapters are well known for their charitable work, which has raised hundreds of thousands of dollars for local children’s hospitals, schools, veterans’ homes, severely wounded service members and scholarships.

Many Legion posts throughout the nation will conduct tributes to celebrate 100 years of The American Legion and what it represents. Zionsville American Legion Post 79 will play host to a Community Day, 5K run/walk and 25K bicycle ride June 22. To find out more about this event, and to participate, call the Post at 317-873-3105, visit post79zionsville.com or email us at CommunityDay@Post79Zionsville.com.

Beth Applegate is a member and chaplain of Zionsville Legion Post 79 Women’s Auxiliary.