You are at:Home»Current in Noblesville»Noblesville Community»Mock trial involves more than 120 students in 2019 competition 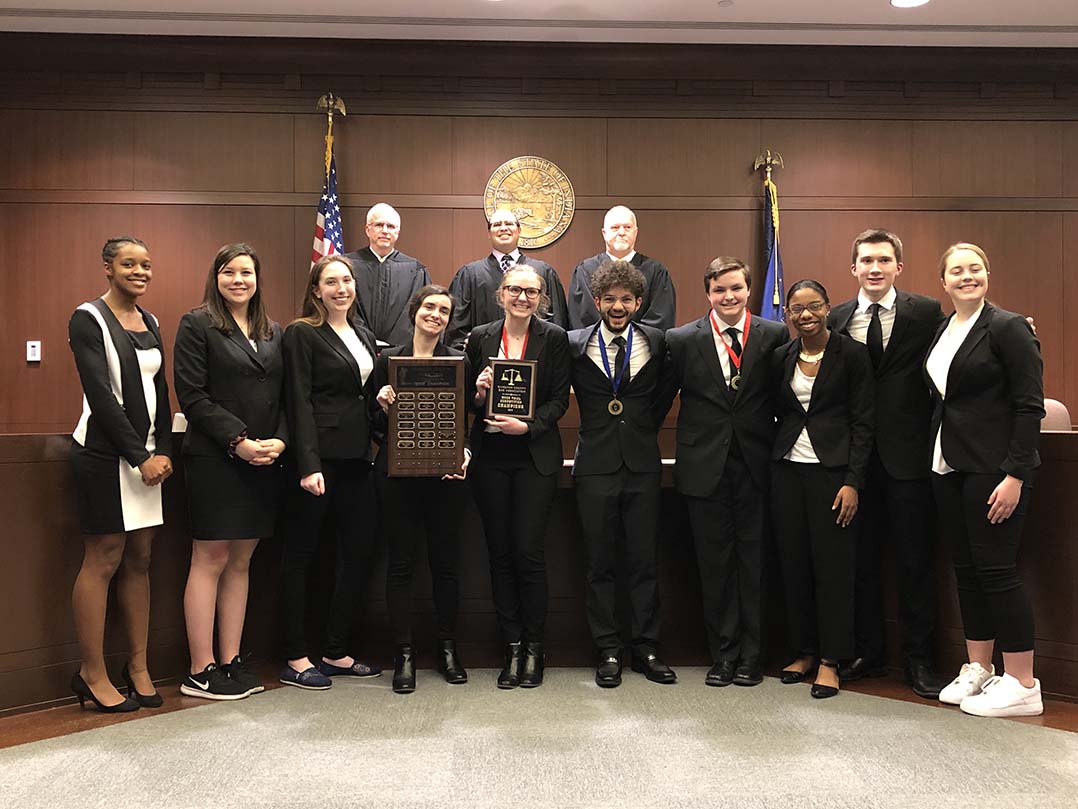 Hamilton Southeastern High School’s Band on the Run mock trial team members pause with with presiding judges of the final round of the trial. From left of the final round, Judge Michael Casati, Judge David Najjar, Judge William Hughes. 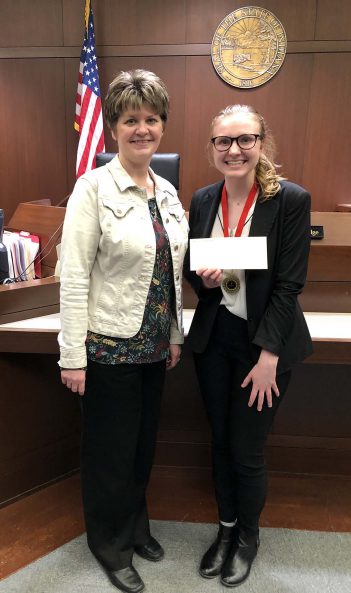 Teams of seven to 10 students prepared the plaintiff and defense sides of the case, with the assistance of teacher coaches and attorney advisors. Teams alternated their presentation of the plaintiff/defense side of the case in five preliminary rounds. Teams were then seeded and competed in a single-elimination tournament Feb. 20 at the Hamilton County Government and Judicial Center.

Local attorneys and members of the judiciary served as judges throughout the competition. More than 120 students participated, and more than 60 attorneys and judges volunteered.

Awards also were presented to students for work in each role of the case. Award winners were: