You are at:Home»Current in Carmel»Carmel Community»Carmel High School culinary team cleans up at state conference 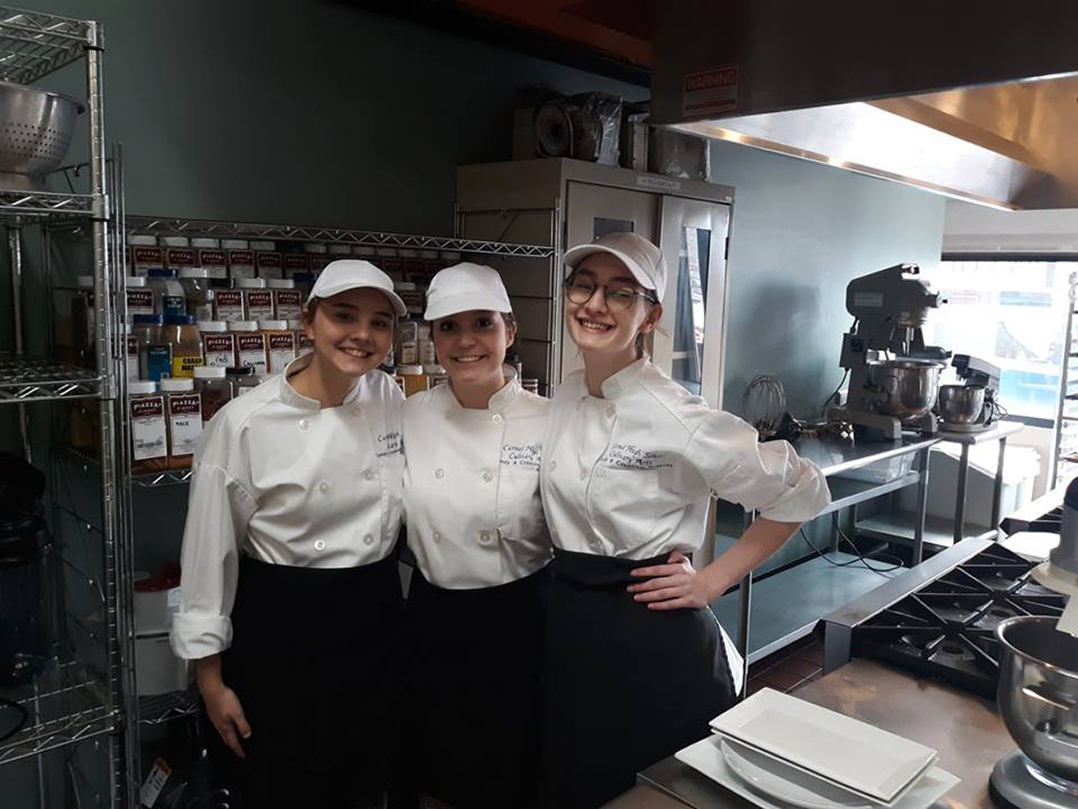 The culinary team earned the Best Starter Award for its appetizer in the ProStart Culinary Competition. Teams are given only an hour to prepare a three-course meal using butane burners, classical knife cuts and specific cooking techniques. The meal is judged by culinary experts based on flavor, texture, temperature and appearance. This year, the team used New York style as inspiration to create buffalo wings, a New York Strip steak and cheesecake. 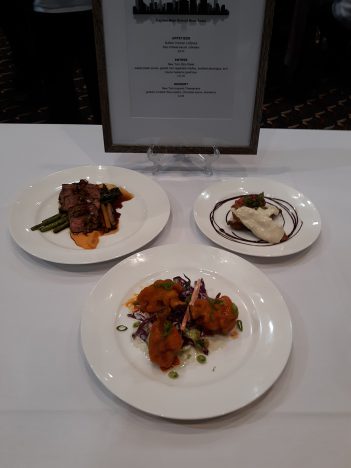 “Their meal took many hours of planning and tasting and trying and practicing,” said Chef Nick Carter, advisor for the Carmel High School FCCLA club. “Everything’s hand-powered and there’s a lot of creativity that goes into how to build that three course menu.”

While team rankings have not yet been announced this year, Carter expects teams to place far higher than they did last year based on the awards received. The baking and pastry team scored as national qualifiers in the competition, earning them the opportunity to represent Indiana in the National Leadership Conference in July. The team is excited to compete and is hopeful of placing in the national competition.

Carmel FCCLA competitors are thankful for their experiences this year in FCCLA.

“This year was a lot more fun than last year just because we really focused on teamwork this year and we really made sure that we were friends going into it,” said Katy Carson, member of the culinary team. “[FCCLA] has provided me with a lot of opportunities to get to know people who have the same passion for food that I do.”