Middle and high school students in Zionsville now have access to mindfulness spaces and a speaker series as a result of a grant from the Zionsville Education Foundation.

The grand was made possible by a $25,000 donation from the Schwarz Family Foundation. 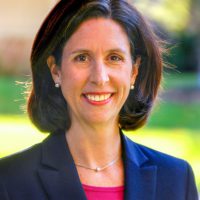 “The general theme that is so necessary is about mitigation of anxiety and balance issues,” Zionsville Community Schools Supt. Scott Robison said.

Both middle schools and the high school have one room dedicated to mindfulness, which Mayo Clinic defines as a “type of meditation in which you focus on being intensely aware of what you’re sensing and feeling in the moment, without interpretation or judgment.”

ZEF Executive Director Lyle Browne said the rooms provide a quiet space for students and staff to refocus and re-center themselves when needed. The rooms opened in February.

“It is addressing the needs of adolescents today,” Browne said. “They have anxiety. They have stress, and (this is) giving them the tools to learn how to handle that.”

The speaker series began as a pilot program at ZMS last year, led by professional speaker Samantha Smith. Smith spoke to young women about topics like body image and self-confidence. The grant will fund the continuation of the series, its expansion to Zionsville Middle School West and the addition of a second speaker for young males.

“(The speakers are) both giving messages and engaging in discussions with young people about collaborating versus competing, dealing with social media, body image issues that are so common during adolescence, balancing their pressures and building the connections that kids have, both with peers and adult anchors,” Robison said.