You are at:Home»Current in Noblesville»Noblesville Business Local»Study: Noblesville rents rising but still affordable 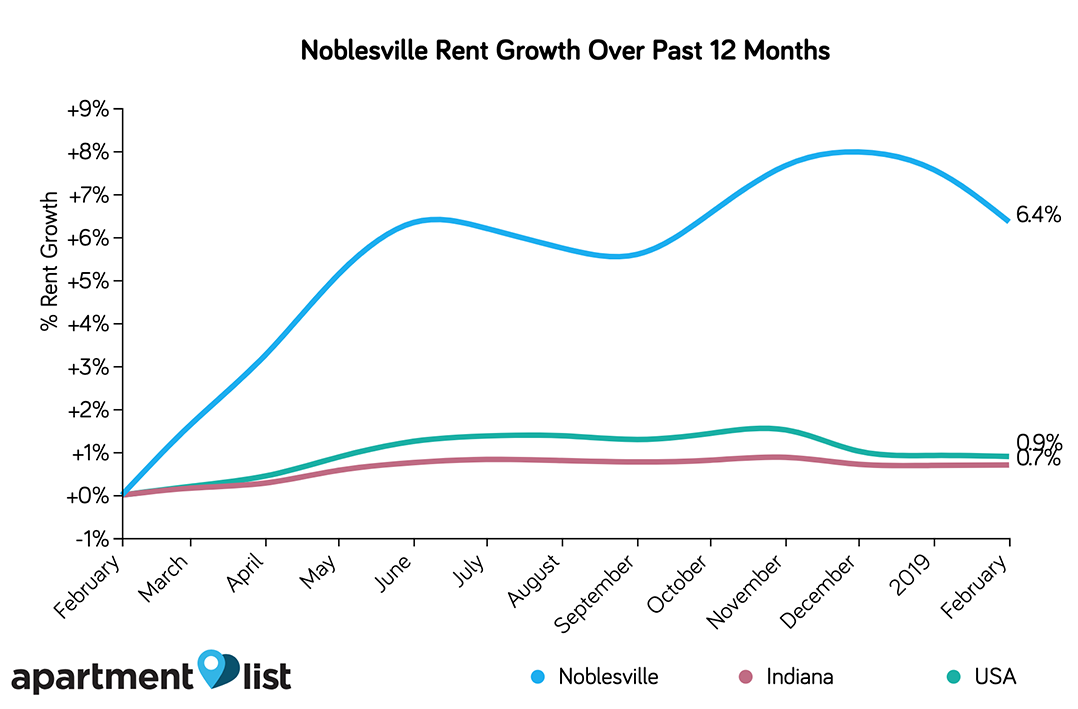 A recent study by Apartment List, an apartment search site, shows Noblesville rents rising in the past year but still being more affordable compared to nearby cities, such as Carmel, Fishers and Zionsville.

Rents in Noblesville are up 6.4 percent from the previous year, the second-fastest growth rate among the nation’s small-sized cities, just behind Odessa, Texas. In comparison, Apartment Lists’ national rent index grew by only 0.9 percent during the past year.

To see the full study and methodology, visit apartmentlist.com/in/noblesville#rent-report.