Don Burfeind’s wife, Joanne, determined Carmel could use a Boy Scout troop on the west side of the city.

“So she asked if I would consider being Scoutmaster,” Burfeind said.

Burfeind agreed, and his son, Scott, became one of the first members of the re-formed Troop 132. It had gone dormant for two years and been disbanded.

“We resurrected it,” Burfeind said. 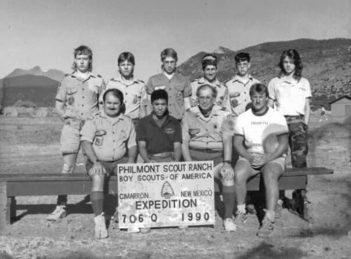 Ford was the last of the four to complete his project to earn the distinction of becoming the 100th Eagle Scout.

“This is the first time we’ve had four go in at once,” Burfeind said.

Burfeind grew the troop by scheduling creative and fun activities, such as visiting Marengo Cave. He had a boat at the time and took the Scouts out on the water.

“They would jump off the cliffs into the water, and it was a lot of fun. That’s how the troop got bigger and bigger,” Burfeind said. “I had just learned to (snow) ski and I thought, ‘Let’s go on a Scouting ski trip.’ I ended up teaching them how to ski. Six or seven years later, a group called me and said, ‘Mr. Burfeind, we’re going to go skiing, you want to join us?’ So, I went along with them.”

Even after Burfeind relinquished the Scoutmaster reins after five years, he continued going on camping trips.

“I would go until about three years ago when I got rid of my boat,” said Burfeind, who, along with his wife, stays involved with Troop 132.

Don Huntzinger, a 1987 Carmel High School graduate who now lives in Geist, was the first Eagle Scout initiated in 1986 after building a shed for the VFW. Huntzinger was there to watch the latest accomplishment.

“I’m very proud of the troop,” said Huntzinger, whose brother, Joe, also became an Eagle Scout for Troop 132. “They’ve done a great job over the years.”

Huntzinger stays in touch with the Burfeinds.

“I stop by periodically just to say hi to them,” he said. “I’m still friends with their son.”

Ford said it was special obtaining his Eagle Scout rank with three friends. All four are CHS seniors.

Mike Elliott was their Scoutmaster until the end of their junior year, when he retired. Derrick Kuhns then became Scoutmaster.

“We started our journey at the same time,” Ford said of his fellow Eagle Scouts. “Mr. Kuhns was our den chief for three of us when we were in Cub Scouts, so in a way, it came full circle.”

Elliott’s twin sons, Will and Cam, are both Eagle Scouts who graduated from CHS in 2014. Elliott was with Troop 132 for 12 years and was Scoutmaster for 10 years.

Kuhns, a Pike High School graduate, earned his Eagle Scout rank in 1988. His son, Caden, is a Boy Scout. 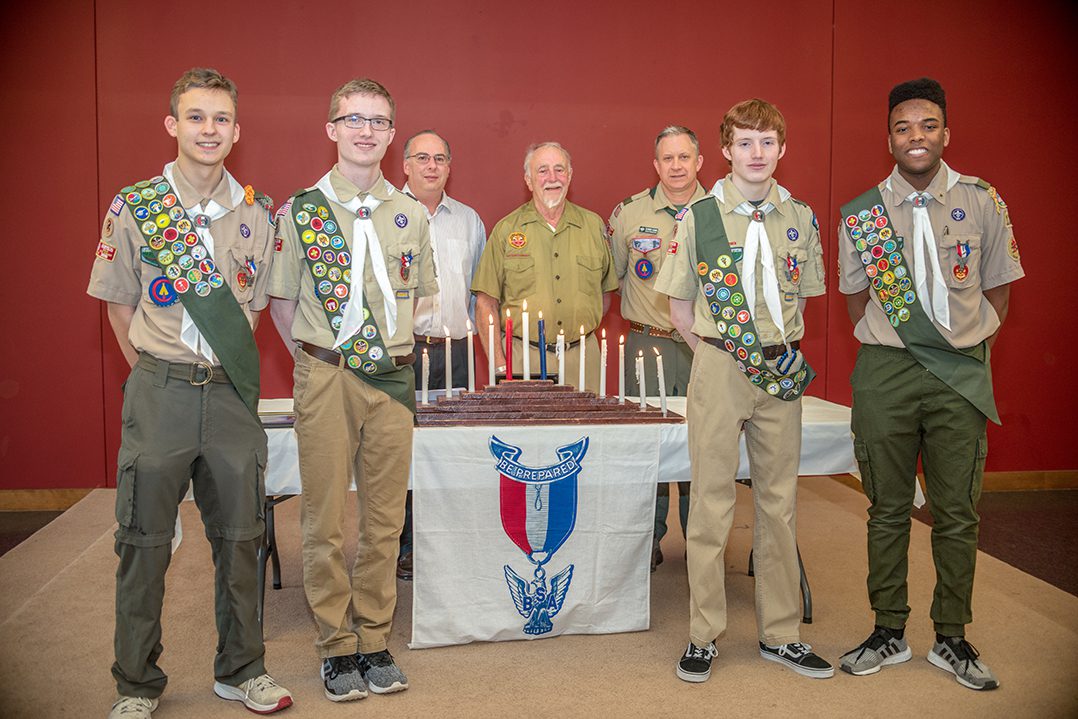 Eagle Scouts must finish their project before their 18th birthday. Andrew Hudson took it to the wire, turning in his paperwork a day before his birthday in December 2018.

“I had to get a lot of signatures,” Hudson said. “I was doubting myself, but my parents helped me and I pushed through it.”

Here are their projects:

Joshua Appleton: Built a picnic table and repaired another and made a Free Library for Carmel Friends Church.

Andrew Hudson: Built an outdoor shed to store tools and resources for the backyard garden at IU Health Saxony.

Cameron Hudson: Built a scooter-board ramp for occupational therapy use for preschool and elementary special needs students in Zionsville schools.