When Geist couple Marisol and Chad Buchanan say they operate a procurement strategy consulting company, many people don’t know what that means.

“In layman’s terms, we help businesses get better pricing and reduce the risk with their suppliers and improve all of their processes by leveraging technology for automation and controls,” Marisol said.

The couple started their company, Premikati, in 2009. A lot of what the couple did revolved around ensuring companies had the right technology to operate as efficiently as possible and also ensuring they were making the right purchases from the right suppliers.

In 2015, Premikati became an SAP Ariba partner. In 2016, it became one of only five business process outsourcing firms to own and operate Ariba software worldwide. The distinction allowed Buchanans to extend Premikati and offer Premikati Marketplace, which offers a less intensive version of Ariba software for smaller companies that may not be able to afford Ariba software.

“There’s this huge gap for mid-market companies,” Marisol said. “There’s not a lot of solutions for them to have those best-in-practice procurement processes. They can’t afford Ariba. Because of the BPO part, we came up with the idea to help small and midsized companies – any company below $1 billion in annual revenue. The Ariba network has $2.7 trillion in spending across the world. It’s 10 times bigger than Amazon. So, we have access.”

“We are giving companies access to that network,” Marisol said. “Ariba did an analysis of their large-buying organizations. We are talking Disney, Anthem, Lilly, Roche, all these big-fortune companies. What are they spending money on and how can we help them out so they are not dealing with so many suppliers? So, they went off and found about 15 million items (businesses use) that they went off and pre-negotiated these 15 million items with 140 vendors.

“Items that have anything to do with business, anything from janitorial supplies to office furniture, coffee filters, computers, software, books, anything you need to run a business, they went off and pre-negotiated, and Ariba has the contract with the supplier and they have that price they negotiated.”

The annual cost for most businesses to access Ariba software is between $100,000 and $1 million. The Buchanans recognized small to midsize companies can’t afford that, so they found a way to make it accessible to smaller companies.

“Ariba is very expensive. Normal businesses making (less than $1 billion) in annual revenue can’t afford that,” Marisol said. “This inspired us to innovate a way to give them awesome pricing with real procurement software and analysis. Since we own and manage the software and can have an unlimited number of customers accessing the marketplace, this takes the headache out of implementing a technology while driving down the price for users.”

The cost is then reduced to $30 per month, per person, with a minimum of 20 users per company.

Chad said most times, small businesses often don’t need all the robust offerings on Ariba’s software and can adequately function with the version Premikati Marketplace offers.

“(The Ariba) software is extremely robust and more robust than most small businesses need, but some of these small businesses grow up to be bigger businesses,” Chad said. “(Premikati Marketplace) is really meant to be step one. It gives the most important features of Ariba for a low price and low implementation.” 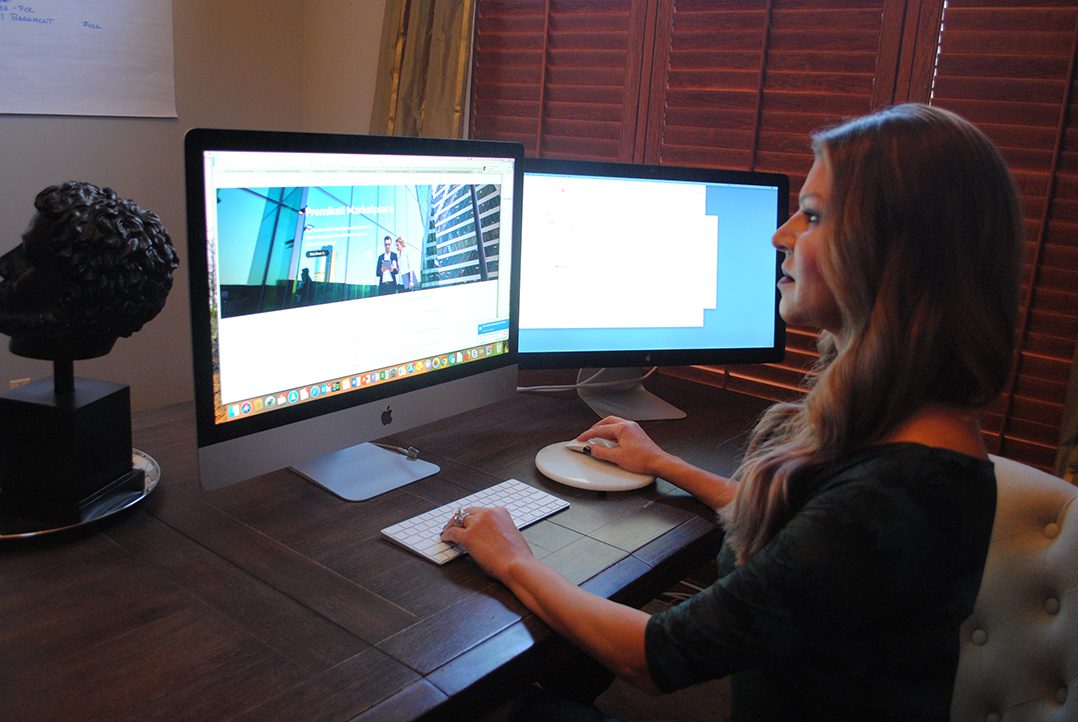 Premikati Marketplace and Amazon for Business

Chad Buchanan said some businesses insist they don’t need a different marketplace for business purchases because they already use Amazon for Business. However, Amazon for Business recently became part of the Premikati Marketplace, in addition to the Ariba software already offered.