Robert Horkay got his start on the Advisory Plan Commission when he was appointed to in 2000 because of his experience in real estate development and his job as a senior tenant coordinator with Simon Property Group. 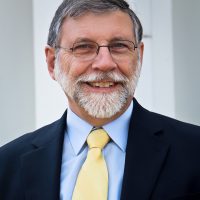 Horkay lived in Village Farms, and when the area was annexed by Westfield in 2007, it created two more council Westfield City Council districts. Horkay ran for the District 5 seat that same year and has been the incumbent ever since.

“I ran and was successful and found it to be enjoyable and rewarding and am proud of where we are taking Westfield, so I have continued to seek re-election,” Horkay said.

Horkay said if re-elected, continuing development in the Grand Junction Park and Plaza area is a goal.

Horkay moved to Westfield in 1987 with his wife, Tammie. They two have four adult children. All four attended Westfield Washington Schools.

“I think I’m the right guy for another term on this council and I am looking forward to hopefully prevailing,” he said.

Horkay said he will likely serve only one more term if re-elected but didn’t completely rule out a future bid.

Horkay has is being challeged for the seat by Jeff Boller and Mike Johns. Primary elections are May 7.