Hamilton County Magistrate William Greenaway, a Noblesville resident, was arrested March 20 by the Indiana State Police Dept. after purchasing 2.4 grams of meth for $140 from a police informant in Noblesville, according to an affidavit. 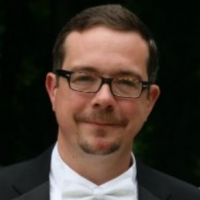 Three felony charges were filed March 25 against Greenaway, including possession of methamphetamine, resisting law enforcement and obstruction of justice.

The investigation involving Greenaway began in November when an informant named him as a regular methamphetamine user, identifying both his house and his vehicle.

The informant said Greenaway was going through a divorce and allegedly dating a woman who frequently purchased methamphetamine. ISP detectives confirmed several of the informant’s details through a follow-up investigation.

According to the informant, Greenaway used the code word “coffee” when discussing meth. The person agreed to notify police the next time Greenaway attempted to obtain the drug. On Feb. 24, Greenaway contacted the informant and police initiated a sting operation.

Detectives used covert video and audio recording devices to monitor the drug exchange, wherein Greenaway asked the informant, “How much can you get us?” and offered $140 for 2.5 grams of meth.

Police confronted Greenaway after the exchange. When he saw the officers heading toward him, Greenaway swallowed the bag of drugs. An officer attempted to force the magistrate’s mouth open, but he did not comply and bit the officer on the hand.

Greenaway then exited his vehicle, leaving it in reverse and damaging another vehicle. Officers took him into custody and rushed him via ambulance to Riverview Health in Noblesville.

At the hospital, Greenaway told officers, “I have been set up.” He said a female acquaintance handed him a substance and he did not know what it was, but thought it was methamphetamine and panicked when police confronted him.

Greenaway has been suspended from his position indefinitely and could face up to 7.5 years in prison if convicted of all three Level 6 felony charges.