You are at:Home»Current in Zionsville»Zionsville Community»Wilcoxson sentencing postponed due to absent attorney 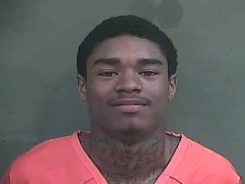 Wilcoxson was convicted Feb. 21 for the murder of 82-year-old Zionsville resident John Clements. He faces 45 to 65 years in prison, on top of a 37-year sentence he is serving for three connected Marion County shootings, which he appealed in February.

The sentencing hearing was set for 9 a.m. March 22. A person who identified themselves as Hawkins’ power of attorney called Judge Matthew Kincaid’s court staff March 20 to say Hawkins was ill and could not attend the hearing that day. The staff informed the person the hearing was March 22.

Court staff received another call March 21 from Hawkins’ power of attorney. The caller said a motion would be filed to delay the hearing, but no motion was filed. The staff posted a notice that Hawkins remained obliged to appear in court.

Kincaid addressed the courtroom 9:15 a.m. March 22, acknowledging Hawkins’ absence and said court staff would attempt to contact him. At 9:50 a.m. the court reconvened and Kincaid said his staff discovered Hawkins’ phone number was disconnected. He gave Hawkins until 1 p.m. to appear in court.

Boone County Sheriff’s Office staff returned Wilcoxson to Boone County Jail while the court awaited word from Hawkins. By 1 p.m., Hawkins had not shown and the sentencing was continued.

Kincaid said Hawkins may be held in contempt of court for his failure to appear. Wilcoxson’s sentencing hearing was rescheduled for 9 a.m. April 16.