You are at:Home»Current in Carmel»Carmel Community»Carmel FC unveils new logo to mark 2 anniversaries

This year is the 60th anniversary of the Carmel Dads’ Club, and its Carmel Football Club, the soccer travel program, is celebrating its 10th anniversary. 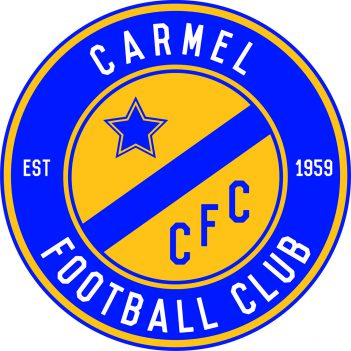 “We wanted to celebrate Carmel Dads’ Club history with being a youth sports organization around for 60 years, which is quite unusual, and just being such a strong fabric of the community for a variety of sports,” said Sommer, Carmel FC director of soccer operations. “There are very few youth organizations that are around that long. We wanted as a club to come out with an anniversary logo to celebrate the history and our role within Carmel Dads’ Club.”

Sommer said the logo will be used on spirit wear, and he plans to use it on uniforms.

The Carmel resident also wanted to celebrate the City of Carmel and its growth.

“As our kids travel all over the state and region, we want to show this is where we are from,” Sommer said.

Sommer said Carmel FC tried to use elements from the City of Carmel flag, the traditional feel of a modern soccer crest and to celebrate the 60th anniversary in the logo.

Sommer’s sons grew up playing a variety of sports in the Carmel Dads’ Club. His son, Tommy, is a sophomore pitcher on the Indiana University baseball team. His younger son, Noah, is a junior at Carmel High School. Noah plays for the Carmel FC U18 team.

“(Dads’ Club) is a great group of people who provide opportunities for our kids,” Sommer said. “That inspired us to take Carmel FC in a new direction. We’re growing. We’ve got 600 kids currently. Our teams are getting more and more dynamic. The Carmel Dads’ Club, the parent organization, has more than 2,700 boys and girls in the recreation program.”

Sommer was a goalkeeper for Indiana University’s soccer team. He was a member of  the Hoosiers’ 1988 national championship team. Sommer, Indy Eleven’s first coach, became Carmel FC director of operations in late 2017.