You are at:Home»Current in Zionsville»Zionsville Community»Anderson retires as ZCHS girls golf coach to focus on family

For Zionsville Community High School girls golf coach Jeff Anderson, stepping down from a coaching job he loved wasn’t an easy decision, but it became clear it was the right one.

In the fall of 2018, Anderson’s daughter, Everette, 2, was diagnosed with cerebral palsy after a brain MRI revealed she had suffered a stroke. 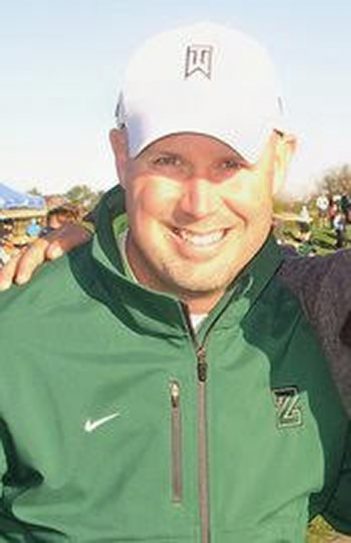 “For me, that was a big eye-opener in shifting my priorities and re-evaluating where my time and focus and energy needs to be spent, and that was at home with my wife and girls,” Anderson said. “We took several months to weigh pros and cons. We did a lot of prayer and see where God is leading us at this point.”

Anderson, 46, and his wife, Courtney, have a 5-year-old daughter, Addison.

The ZCHS history teacher had been the head coach for 11 years. His team won the first state championship in the program’s history in 2017 and finished second in the state in 2018.

“We’ve had a good run the last several years,” he said.

It was definitely tough to tell his golfers he was retiring.

“We’ve had a really close relationship,” Anderson said. “We’ve always been very tight-knit. It’s more than just coaching a team for me, and I think for them as well. We’re all just a big family unit. It was tough stepping away from this program and all the great kids and parents I’ve been fortunate enough to work with over the last several years.”

Prior to becoming the head coach, Anderson was the junior varsity coach for two years and a middle school coach for four years.

Anderson said he knows his program is in good shape with three of its top golfers returning with juniors Annabelle Pancake, Abby Thielbar and sophomore Lauren Kaltenmark.

“They might be able to make a run at the whole thing one more time,” Anderson said. “The program will be an attractive job for the next person to come into.”