You are at:Home»Current in Noblesville»Noblesville Community»Gadis named to Hall of Fame

Mack Gadis figures he is the right age to appreciate this honor.

The 1982 Pike High School graduate and former Purdue player will be inducted into the Indiana Basketball Hall of Fame March 20 in Indianapolis.

“It becomes more prestigious the older you get,” Gadis said. “When you’re younger you might not understand the history of the guys that went in before you, people like Rick Mount, George McGinnis. (Now), you take it with more reverence and humbleness.” 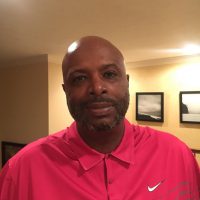 Gadis, a Noblesville resident since 2007, joins his older brother David Gadis, a former Pike and SMU player, in the Hall of Fame, who was inducted in 2014.

“I look at it as celebration for the family,” Gadis said. “It’s more about the people that helped me in the younger days that took me to all the tournaments. You started to reflect a little bit that you didn’t get there by yourself.”

His parents, Mack and Mae Gadis, are among those who helped him, along with his brothe. But he said coaches from his youth days through high school and college also were influential.

Gadis averaged 21.4 points as a junior and 25.1 points as a senior under Pike’s Hall of Fame coach Ed Siegel, earning All-State honors both years.

“One of the biggest memories is getting 20 points in one quarter, and we didn’t have 3-pointers then,” said Gadis, who finished that game with 41 points against Speedway as a senior. “I didn’t play the fourth quarter.”

Gadis, a State Farm Insurance agent in Indianapolis, was a member of the 1982 Indiana All-Star team for the annual series against the Kentucky all-Stars.

At Purdue, Gadis led the Boilermakers in assists his junior and senior seasons. He was the first player in the program’s history to win 20 or more games for four seasons and play in the four NCAA Tournaments. He was a sophomore on Purdue coach Gene Keady’s first Big Ten championship team in 1984.

“That was one of the biggest highlights because we were not picked to finish (high). We were probably picked sixth or seventh, and then there were 10 teams,” Gadis said. “It was a huge accomplishment from the road we had to take. In the Big Ten, there were no easy wins, except for maybe Northwestern, and that was tough on the road.”