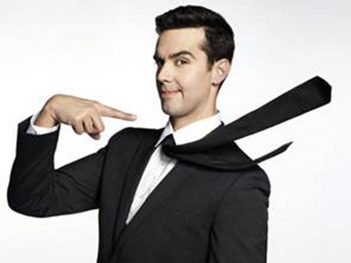 Michael Carbonaro, host of truTV’s “The Carbonaro Effect,” will perform a full magic show, “Michael Carbonaro Live” at 7 p.m. March 23 at the Murat Theatre at the Old National Centre in Indianapolis.

Carbonaro has performed more than 500 comically perplexing and improbable feats of magic on his TV series. An actor, magician and comedian, Carbonaro has appeared in shows such as “30 Rock,” “The Newsroom” and “CSI Miami.”
For tickets, visit oldnationalcentre.com.