You are at:Home»Current in Zionsville»Zionsville Community»Turnquist returns to ZCS as teacher and football coach

After nine years with Carmel Clay Schools, Scott Turnquist is back in Zionsville.

Turnquist transferred to Carmel in 2010 when he was displaced from his teaching position in Zionsville Community School’s when the operating referrendum didn’t pass. 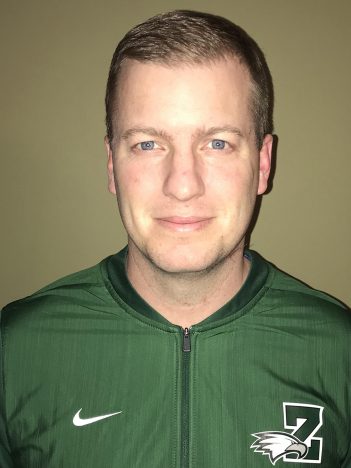 “We are very fortunate that he can come back and serve his mission of working with and for young people here,” ZCS Supt. Scott Robison.

Turnquist grew up in Billings, Mont., and studied health and human development at Montana State University. He moved to Indianapolis in 2005 with his soon-to-be wife for his first teaching and coaching job in Zionsville.

“It was a fairly quick process, which was awesome for me, so I wasn’t up in limbo for very long,” he said. “I was able to transition over to coaching football and track and field at Carmel as well as teaching PE.”

When a position in Zionsville opened up, he pursued it.

“When the opportunity arose to go after that job, I knew it was something that I really wanted to pursue,” he said. “I knew it could be a special place for me and my family to continue to live, (and) to really, truly establish a deep set of roots and really engrain ourselves into the community.”

Turnquist’s first full day in the district was Feb. 27.