Every year, George Allemenos and Bill McCallister get together to celebrate their shared birthday. The two retirees have been close for 25 years, chatting on the phone a couple times a week and enjoying meals together on occasion.

But the friendship is one they wish never had happened.

The two men met during the trial of a man convicted of killing Allemenos’ only two children and family friend Chris James in 1994. McCallister was hired as a private investigator by the defense, making the friendship even more surprising.

“(Allemenos) could not have been any more pleasant to me if I’d been related to him,” McCallister said of their first encounter. “It was like we were instant friends, and I was just dumbfuzzled, because I was expecting the total opposite.” 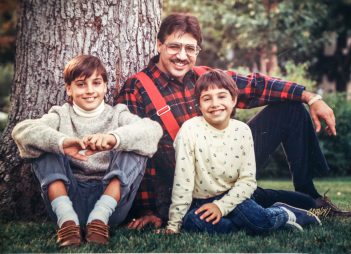 The friendship is but one of several that resulted from one of Hamilton County’s most gruesome and shocking cases. Allemenos is still in frequent contact with the James family and many other people he met because of the tragedy, one of the “good things to come out of this,” he said.

But even 25 years later, the wounds are still deep.

“I dream of the kids. When I speak with my kids in the dream I think that they’re touching me as opposed to just seeing them in the dream,” Allemenos said. “It’s just a dream, but when I talk to the kids I feel they are there within me. That gives me a lot of solace when that happens.”

“I don’t think a day goes by that I don’t think of him. I try to keep his memory alive,” she said. “We don’t understand why this happened, but I accept that God knows best and he has a reason.”

‘It hits close to home’

Life changed forever for the Allemenos and James families on March 17, 1994, when 17-year-old Nick Allemenos, 13-year-old Lisa Allemenos and 23-year-old Chris James were found with their throats slashed in the Allemenos’ home in the Thistlewood neighborhood, an area that has since been annexed by Carmel. 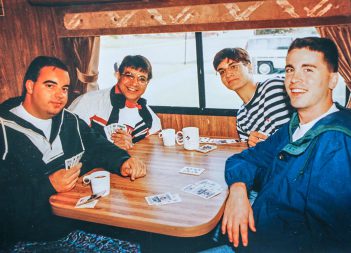 Investigators soon determined the deaths were a result of a robbery gone horribly wrong. Police arrested three men for the crimes: Raymond Adams, James Walls and Kofi Ajabu. Adams, who was accused by the other defendants of independently planning and carrying out the murders, pleaded guilty, while Walls and Ajabu were both convicted of murder at trial and effectively sentenced to life in prison.

Dan Henke, who helped prosecute the cases and now serves as Fishers city court judge, said the “horrific crime” was one that many people felt wasn’t supposed to happen here.

“Communities such as Hamilton County 25 years ago – and yet today – are centered (on) families with kids in that age demographic, so people live here because they feel safe here,” he said. “When something like that happens to children, I think for everybody who lives here it hits close to home.” 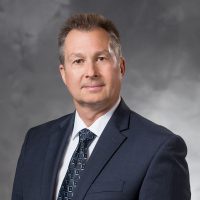 While many of his neighbors were shaken, Allemenos continued to live in the Thistlewood home for three years after the murders.

State law does not require a seller to disclose that a murder took place in the home unless the potential buyer asks.

Allemenos eventually moved to Colorado “chasing a dream that turned into a nightmare” but soon returned to the Indianapolis area. The hardware store he owned in northwest Indianapolis closed in 2003 after Lowe’s opened nearby and “crushed me like a bug,” he said.

Now retired, Allemenos splits his time between his Westfield home and Florida.

Lita James does the same, living in an Indianapolis senior living community when she’s in Indiana. Though devastated by the murders, she considers it a blessing they occurred in Hamilton County because of the support she received from the investigators and the community throughout the ordeal.

“The whole thing brought out so much good in people. I still have a whole stack full of cards we received,” she said. “While it was a horrible, horrible thing, we also saw the good side of people.”

‘This wasn’t supposed to happen’

The Allemenos and James families weren’t the only ones torn apart by the murders.

Of the three men convicted of the crime, Kofi Ajabu’s trial received the most attention, in part because his father was a leader of the Black Panther Militia and made death threats against prosecutors during his son’s trial. 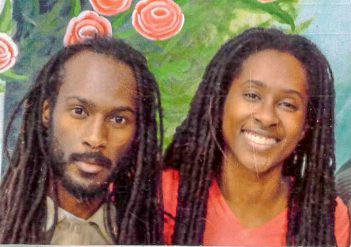 According to Ajabu’s sister, Nzinga Harrison, the additional media attention instigated by her father led to her brother being “vilified” for actions beyond his control.

“With all of the media coverage, you wouldn’t know there were three defendants, but everyone knows my brother’s name,” said Harrison, a psychiatrist who lives in Atlanta.

Before the murders, Ajabu didn’t have any felonies on his adult criminal record and was a college student at Jackson State University in Mississippi. He loved martial arts, caring for animals and had dreams of pursuing a career in communications.

Henke, who prosecuted Walls’ murder trial and portions of Ajabu’s case, said in addition to grieving for the victim’s families, he feels some empathy for the Ajabus as well.

“They lost a son. He shouldn’t have been involved in this,” Henke said. “From all we know about him, his life and his character leading up to this, this wasn’t supposed to happen to him.”

The only defendant permitted to directly appeal his conviction, Ajabu has lost all of his appeals and is preparing to petition the governor for clemency. Harrison has started an online petition on Change.org to gather support for the request, which had more than 4,800 signatures as of March 11.

Ajabu refused to accept a plea that possibly would have led to his release by now according to his family because he would not admit to murders he said he did not commit. The law, however, allowed Ajabu to be charged with murder because of his role as an accomplice.

“Raymond Adams pulled a gun on me, and it was my expectation that I would die as well,” said Ajabu, who is at the Wabash Valley Correctional Facility south of Terre Haute. “Apparently he chose otherwise. Apparently he chose to drag me to prison with him, which is in its own way possibly worse.”

Ajabu, who has earned a general studies degree from Ball State and said he has become a mentor of sorts for other inmates during his time in prison, said he has mixed feelings about not taking the plea deal.

“I could possibly have been out, but I actually would have had to lie and say I did something I didn’t do,” he said.

Allemenos said he believes the governor would reject clemency for Ajabu, and that he and his co-defendants are where they belong.

“He can’t kiss his mother and can’t even come and go and watch TV when he wants to, and that’s fine,” Allemenos said. “I don’t want life to be easy for those three. I want them to think about what they did.”

Lita James also hopes the governor won’t give Ajabu a second chance at freedom, but personally she’s hoping to one day be able to forgive him and his co-defendants.

“I’ve always thought that bad feelings and lack of forgiveness are bad for you, so I have not carried the anger and so forth with me. I just refuse to do that,” she said. “I’m not angry with them. However, my constant prayer to God is for me to forgive them. In my heart I still can’t.”

Ajabu, who said he’s learned to be much more careful about choosing his friends, offered an apology to the victims’ families.

“I am so sorry that happened to you, although I’m not the person who actually did it,” he said. “I should never have been there. I was misled, but that’s not a good excuse. If nothing else, the fault is mine because I didn’t limit my associations, and I’d like to say I’m so sorry.”

For McCallister, who lives in Pendleton and still works as a private investigator, an apology is not enough.

“If (Gov. Eric Holcomb) is dumb enough to give him clemency, there is no justice in Indiana,” he said.

Holcomb has not granted a clemency request during his two years in office.

As time marches on, life continues for all of the families and investigators affected by the tragedies. It’s changed them, and the community, too.

Noblesville Police Dept. Chief Kevin Jowitt, who was a lead investigator on the case with the Hamilton County Sheriff’s Office, keeps on the credenza near his desk a memory book Lisa Allemenos’ classmates made after her death. 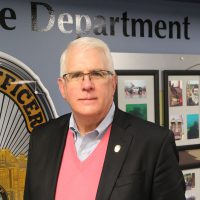 “It made me a better detective,” he said. “This was such a critically important case, and it was so important for us all to get it right. I think it made me a much more painstaking and maybe even almost perfectionist investigator for the cases that I worked after that.”

“One of the things we’ve seen in the last 25 years is the increasing perception that bad things can happen almost anywhere,” Jowitt said. “Fortunately, in Hamilton County it is a very rare occurrence, but our shooting at (Noblesville) West Middle School last May is reflective that no one is isolated and no one is insulated from having bad stuff touch them or their communities.”

For Lita James, who remarried after the 2012 death of Chris’ father, Charles, holidays are especially emotional times. She is thankful that she can still spend time with her two daughters and six grandchildren, but she can’t help but wonder about what could have been.

“One of the hardest times is when I see my grandkids and realize that they never knew their uncle. That just breaks my heart,” she said. “They didn’t know him, so they don’t miss him, but I miss the fact that it would’ve been so much fun to watch him interact with all of his nieces and nephews.”

If Nick and Lisa Allemenos and Chris James were alive today, they would be in their late 30s or early 40s and could have had kids nearing the ages they were when they died.

More than two decades after prosecuting the murder cases, the lost potential – on both sides of the courtroom – is what still haunts Henke.

“I think of everything that was lost from (the victims’) lives and that they didn’t get to experience,” Henke said. “Then as time goes on, I also think of Raymond Adams, James Walls and Kofi Ajabu, and to me it’s all so sad that whatever prospects they had as people, not only did they take three lives that night, but when they did they threw their own away.”

Where are they now? 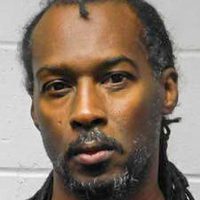 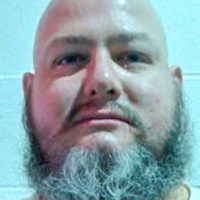 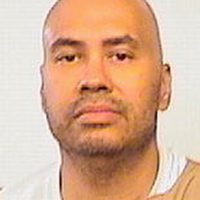 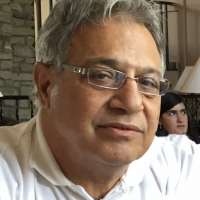 Connection to case: Father of victims Nick and Lisa Allemenos

Location: Splits time between homes in Westfield and Florida 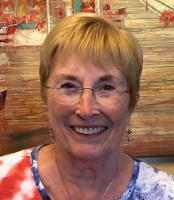 Location: Splits time between homes in Indianapolis and Florida