In his final season as a Boilermaker, the former Carmel High School standout has had the opportunity to show that. 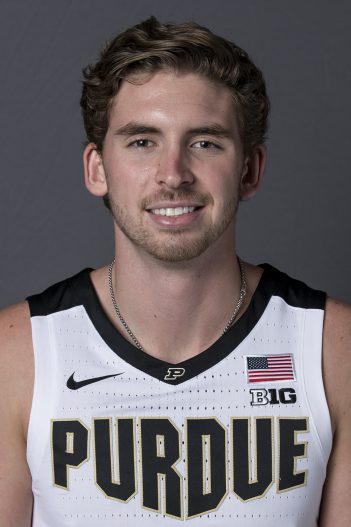 “Ryan is a threat at all times. He understands the game, doesn’t turn the basketball over,” Painter said. “He can make 3s and make 3s on the move. Just his presence out there gives us spacing. Ryan has been a winner his whole life, AAU, high school and college. It’s hard when guys get the stereotypical shooter label, but Ryan can do a lot of things.”

Entering the Big Ten tournament, Cline is averaging approximately 12 points a game and shooting better than 40 percent from 3-point range. A starter all season, Cline had started just seven games, all as a sophomore, in his previous three seasons. His career average was 4.4 points entering the season.

Cline said he understood he had to wait his time.

“The guys that were playing ahead of me were a little better than me. That’s just how it is,” Cline said. “I don’t think it’s right to just transfer because you are not getting minutes because you don’t really deserve it. I feel like I’ve really progressed as a player. It blows my mind why recruits don’t want to come to play for a guy like that. Coach Painter is as good as it gets. He has a relationship with his players that I feel like not a lot of players have throughout college basketball. I’m blessed to have the opportunity he’s given me.”

Cline played on Class 4A state championship teams as a freshman and sophomore at CHS. When he was younger, he was coached by his father, Mike Cline, a former Ohio State basketball player.

“We like that he has grown as a person and as a player,” his father said. “He’s always been the type of player that whatever it takes to win, he does. He got that from Carmel from Coach (Scott) Heady, and he’s got it from Matt Painter. Whether it be assisting, rebounding or shooting, he’s always trying to do the right thing to win.”

As one of two seniors, Cline took on more of a leadership role this season.

“I feel like I’ve led the team as well as I could have,” Cline said. “I hope it shows.”

The 6-foot-6 Cline credits Heady, the former CHS coach and now Marian University coach, for much of his development.

“My sophomore year I finally grew. I was a skinny guy,” Cline said.  “He had a trust in me that not a lot of high school coaches would have had. He stuck with me, and my junior and senior year I played a lot better and it showed. I know he’s proud of me today.”