“But I have always wanted to, so you can imagine what a treat it is to have the opportunity to play the older version of Ibsen’s classic character,” Arnold said. 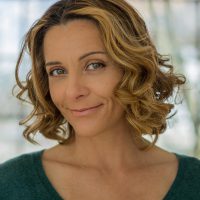 Arnold said she can relate to Nora.

“I think that anyone who has ever been married or in any kind of long-term relationship will recognize and hopefully sympathize with Nora and Torvald,” Arnold said. “Nora also has a special bond with (nanny) Anne Marie, who practically raised her and has gone on to raise Nora and Torvald’s children. Anyone who hasn’t gone home to visit their mother often enough will surely relate to their conversations. And then there is Emmy, the daughter whom Nora left when she was just a toddler. This is a play about family, really, and we’ve all got one of those. And it runs the gamut of feelings, from exasperation to tenderness, from guilt to disappointment, from hilarious missed connections to the ones that break your heart.”

Laurie Metcalf won a 2017 Tony for her portrayal of Nora.

“I did watch a couple of clips from the Broadway production about a year ago after some friends in New York had seen it and told me that this was a role they thought I should play,” Arnold said. “But once I know I have a part, I’m pretty much loathe to watch any other versions of it until I close the show because I’m afraid I’d lose some of that really important creative ammunition that actors need to feel like they’re making something organically. I once got the chance to play Eleanor of Aquitaine in ‘The Lion in Winter,’ and because I grew up watching old movies and particularly idolizing Katharine Hepburn, I went into that rehearsal process knowing her performance inside and out. It took weeks before I could find my version of Elinor.

“It was really difficult to break what I considered to be a perfect mold and start with my own little lump of clay.”