You are at:Home»Current in Fishers»Fishers Community»Fundraiser to benefit Huntington’s disease research

The Bev Hartig Huntington’s Disease Foundation will play host to its 10th Annual Fundraiser at 7 p.m. April 27 at the Forum Conference and Events Center, 11313 USA Pkwy., to fund Huntington’s disease research and help people in Indiana who are affected by the disease. 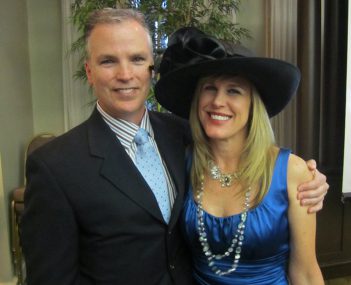 Huntington’s disease is a degenerative genetic brain disorder where nerve cells in the brain break down over time. There is no cure.

The foundation is named after Bev Hartig, an adopted Fishers woman who had no prior knowledge of Huntington’s disease until she received a phone call from her birth father in 1998. He was diagnosed with the disease, which meant that Hartig and her siblings had a 50 percent chance of inheriting it. Hartig took a blood test and learned that she carried the gene for Huntington’s disease.

In 2009, Hartig began to raise awareness and research money for the disease. In 2010, she and her friends formed the Bev Hartig Huntington’s Disease Foundation.

This year, the foundation’s fundraiser will feature a red-carpet experience and a sit-down dinner along with performances by Grammy, CMA and ACM award-winning songwriters from Song Writer City. The theme is a “Musical Celebration of Giving.” There also will be a silent auction with items such as a weekend trip to Nashville, Tenn., restaurant gift cards and more.

“We want to get the word out and try to raise awareness for a disease that people are facing here in our community,” foundation board member Cecilia Coble said. “We hope that we can find a cure for the future.”

Individual tickets are $150. VIP and premium tables also are available to purchase. Tickets go on sale in mid-March. For more, visit bevhartighuntingtonsdisease.com.