You are at:Home»Current in Noblesville»Noblesville Community»Driver who destroyed park sign charged with OWI

A driver who crashed into a landmark sign at Federal Hill Commons March 6 has been charged for operating a vehicle wile intoxicated.

Officials from the Noblesville Police Dept. said Sara Lynn Foster, 42, crashed her car into the sign at the park’s southwest corner, at Ind. 32 and Nixon Street, after refusing to pull over for police. 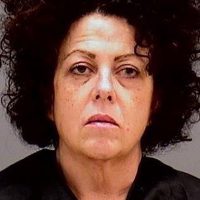 At approximately 3:56 p.m. that day, officers responded to the area of Ind. 38 and Little Chicago Road in reference to a complaint of reckless driving. Officers later found Foster in her vehicle, a 2010 Chevrolet HHR that matched the description given by the caller, and attempted a traffic stop.

At that point, officers said she did not pull over, continuing eastbound on Ind. 32 from Little Chicago Road, reaching approximately 90 mph before losing control of the vehicle and crashing into the sign.

Police said Foster was taken to Riverview Health Hospital but was later taken to the Hamilton County Jail on charges of resisting law enforcement, a level 6 felony, and leaving the scene of a crash, a class B misdemeanor. Police later added charges of reckless driving, a class C misdemeanor, and operating a vehicle while intoxicated, a class A misdemeanor.