You are at:Home»Current in Geist»Geist Cover Stories»Open to the public: Organization debunks misunderstandings about Fort Benjamin Harrison in Lawrence

If there’s one thing Fort Harrison Reuse Authority Executive Director Aletha Dunston wants the public to know about Fort Benjamin Harrison, it’s that the fort is no longer an active military base.

Dunston said there are, in fact, several misconceptions about the fort, an encompassing term for the 1,700-acre Fort Harrison State park in Lawrence.

“I think one of the first misunderstandings is what even to call it,” Dunston said. “If you refer to it as Fort Harrison or Fort Benjamin Harrison, a lot of people think of the state park.”

Dunston said the FHRA, the organization tasked with redevolping land around the former military base, simply calls it Fort Ben.

“We have been using the term Fort Ben to describe it as a cultural and historic district that’s open to the public and open for business,” Dunston said. 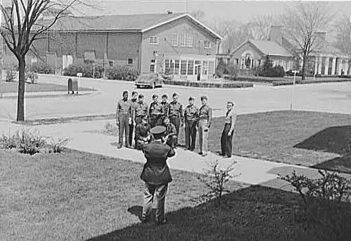 Soldiers stand in front of what is now the Theater at the Fort and Sterret Center. (Submitted photo)

“The biggest change is that this area sits in the center of Lawrence, and since it’s been open, since the base was decommissioned, they spent a lot of time and energy connecting this to the rest of Lawrence and Indianapolis,” Dunston said. “Coming from 56th Street, either direction would have been somewhat of a dead end. You would’ve hit military police.”

FHRA Director of Operations Heather Millikan grew up in Lawrence and vividly recalls how the fort used to be when it was an active military base.

“You could not go one mile over the speed limit or you would get pulled over,” she said. “I think I was 19 and trying to cut through to go to Lee Road, and I got pulled over by military police. I was going 27 in a 25. (Now), you don’t see near the military presence you used to. When I was a kid, anywhere you’d go in the Lawrence area, there were always just a multitude of uniforms. The main difference is not seeing as much of a military presence as we used to.”

A little more than 25 acres remains to be redeveloped. However, the FHRA ensures all development follows signage, architecture and landscaping standards for the historical area.

“Signage is allowed but it has to be extremely sensitive to the area,” Dunston said. “The biggest thing is you can’t change the exteriors very much, as far as replacing windows. The windows have to be replaced with a similar type of window. (Those standards) are for the western third (of the Fort Benjamin Harrison area). The middle third is a mix of historic and new (development, and the eastern third is under a different planned unit development and is established to give more of a nod to history more than a replication.”

Dunston said the former base, which was only used for military training, is of historic significance  because of  its proximity to an urban area. It was never a proving ground for heavy munitions or missile testing.

“It’s very unique to have an area redeveloped here in an urban community so close to a major metropolitan area,” Dunston said. “That gives us the opportunity to redevelop this as a mixed-use area where people can work and live and visit and eat,” she said. 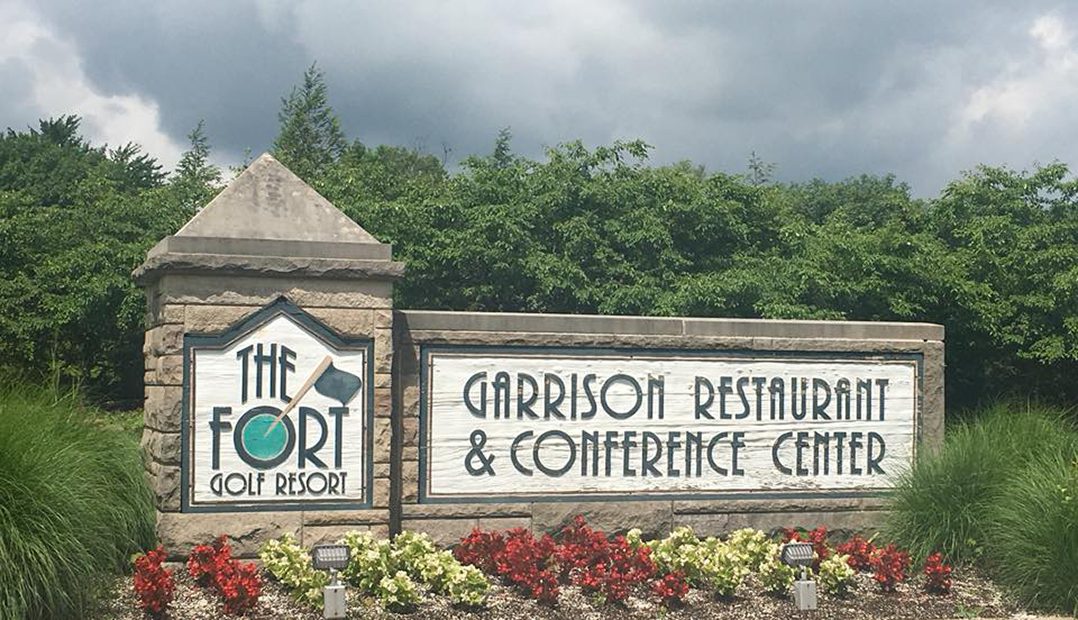 A timeline of Fort Benjamin Harrison

Jan. 29, 1904: Civic leaders guarantee $5,600 dollars for the purchase of land for a military reservation near Indianapolis, the adoptive hometown of Benjamin Harrison, the 23rd President of the United States.

1906: The post is officially named in honor of the former president and the first soldiers arrived on the base.

1930s: Fort Benjamin Harrison briefly functions as a Civilian Conservation Corps camp in addition to its other uses.

1948-1950: The facility functions as Benjamin Harrison Air Force Base.

1950s: More construction occurs, and many finance and training uses are introduced to the base.

1991: The Base Closure and Realignment Commission (BRAC) identifies the base for closure.

Sept. 30, 1995: The flag flying over Fort Benjamin Harrison is lowered for the last time, signifying the official closure of the base. Later that year, a significant portion of the base is designated by the National Trust for Historic Preservation as a Historic District.

1996: The Fort Harrison Reuse Authority is created, which began planning for civilian use.