You are at:Home»Current in Westfield»Westfield Community»Pizza and Punchlines to offer family comedy March 9

Westfield families will have a chance to combat the winter blues with some laughs this month.

Pizza and Punchlines, a family friendly comedy event, will be at 6 p.m. March 9 at Washington Woods Elementary, 17950 Grassy Branch Rd. The community event is one of three Crossroads Church at Westfield organizes each year. 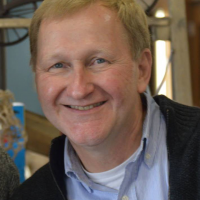 “We decided to provide three major community events per year for families that were free, safe and fun,” Pastor Eric Lohe said. “What those have been are a fall festival, summer luau and Pizza and Punchlines.”

Pizza and Punchlines has been the most well-received event, Lohe said. Last year, it was conducted at the church.

“We just had a sense in a winter like this we just needed an evening to be able to come and laugh,” he said.

The humor is family friendly, and kids are welcome. Although the comedians are Christians, they won’t perform Christian humor.

Last year, the event was conducted at Crossroads Church. Approximately 300 people attended. This year, Lohe expects a larger crowd, which is partially why the event moved to Washington Woods, which offers more space.

Moreover, Lohe said non-church families might be more open to attending an event if it’s not offered in a church.

“We felt like maybe people would be more open to coming to a school that may not come to church,” Lohe said. “As a community event, we want it to be in the community.”

Three comedians will perform. They are Ross Bennett, Rhonda Corey and John Branyan. Bennett and Branyan each performed at last year’s Pizza and Punchlines. Bennett lives in New York, and Branyan is from Kokomo. Corey lives on the East Coast.