You are at:Home»Current in Carmel»Carmel Community»Carmel mayor: Police investigating after note from council candidate allegedly removed from trash can

Carmel Mayor Jim Brainard said police are investigating after a thank you note he received from a city council candidate was posted on social media after allegedly being removed from a trash container.

Brainard declined to elaborate on the incident because of the investigation, but he confirmed he believes the note from southeast district candidate Adam Aasen was removed from his trash can. Aasen said he sent the note to Brainard at his home.

In the note, which thanks Brainard for attending a campaign event, Aasen states “I promise I won’t let you down” and “I support you 100 percent.” It was shared on the Concerned Neighbors of Carmel IN Facebook page Feb. 8. Rick Smith confirmed that he posted the note online and said he received it anonymously through Facebook. He said he does not know who sent it to him or how the sender obtained it. 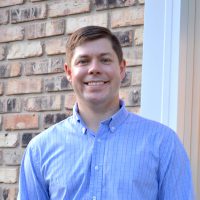 Aasen said the note referred to his support for the mayor’s re-election campaign, not that he’d rubber stamp the mayor’s agenda if elected.

“I sent a thank you note, which I think is good manners,” Aasen said. “They went through someone’s trash. I’m not sure that’s good manners.”

“I look forward to a clean campaign focused on the issues and not on trash,” he added.

Carmel police did not respond to a request for comment as of press time.