You are at:Home»Current in Fishers»Fishers Community»Democrat hopes to become first on Fishers City Council

Vare is the first Democrat to file for a seat on the council for the 2019 elections. No democrat has been elected to the council since Fishers became an incorporated city in 2015. 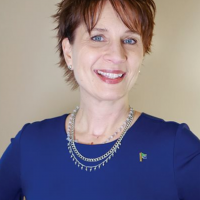 “It’s really important to me that the entire community is represented in the city council,” the 20-year Fishers resident said. “I know that for a community of 90,000, if the council was represented by one single party for years, then where we are today, that is not representative of the entire population.”

Vare said the community has evolved and grown more diverse and felt like now was the best time to throw her hat into the political fray.

“I’m running because I want to help Fishers residents participate and have their voices heard and leaders to be more transparent and open,” Vare said. “I am disappointed when I see voter turnout or residents not attending city council – that engagement is important.”

She said one her top strengths she would bring to council if elected is simply being collaborative.

“I am indeed running as a democrat candidate, but I have been very active in the community and doing so I know you can’t advance the community in anyway or effort by yourself, it requires working together and compromise,” Vare said.

Vare currently serves as a member of Fishers’ new Arts & Culture Commission, and she is a co-chair of Spark!Fishers vendor committee among other community roles. She was the past president of Fishers Arts Council.

Vare will host a series of “Ask Me Anything” events on Facebook and community listening events in the coming weeks.

She is the sole owner of Propeller Marketing, LLC, an advertising agency promoting tourism and economic development across the state since 2001.

The other incumbent candidates running for the three at-large seats are Richard Block, Todd Zimmerman and Cecilia Coble have all announced their plans to run for reelection. Fishers resident Gurinder Singh also is running for one of the seats.