The Westfield resident helped start the Westfield Washington Historical Society in 1995 with her husband, Jim, and Dave Mikesell. This year, Peyton will serve as the society’s first female president. 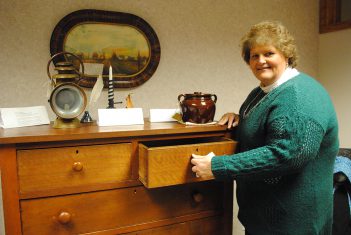 Diana Peyton pauses by an exhibit in the Westfield Washington Historical Society.

Peyton, the human resources manager for the City of Westfield, is retiring from her job in March. Initially, she wanted to wait until she was retired before considering the president’s role, but she was voted in, anyway. She cast the only opposing vote.

“The last few years, (society officials) kept saying I’m going to be president, and I’m like, ‘No,’ and this year I really wanted to wait until I retired because I wanted to give this 100 percent,” she said. “I know until I retire in March I’ll be limited, but I went ahead and took it.”

Peyton has a wealth of  ideas she wants to implement, such as extending the society’s reach into classrooms.

“I want to make it fun, and I want to put my whole heart into this,” she said. “History and preserving it is my passion. I want to build the society, and I want it to be fun. History is fun. I’d like to get into the schools and contact the history department to get more information into the schools.”

Peyton also wants to encourage local businesses to become a part of the society. She also wants to continue a picnic program launched last year at MacGregor Park in northern Westfield. The WWHS received one-time permission to use a golf cart on the trails to transport disabled and elderly residents around the park. 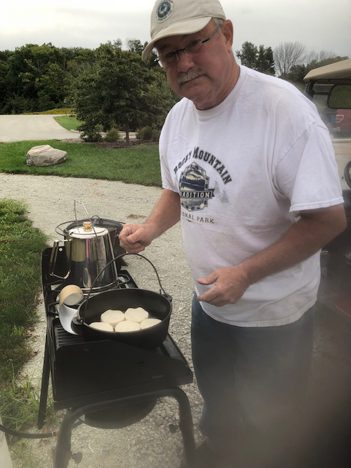 “That was so fulfilling,” Peyton said. “People who never actually had been around that park because they couldn’t walk it were thrilled. We had lunch and a noodle-making demonstration. We had quite a few people that day.”

“I would just like to bring more recognition to the historical society and get people more involve,  because you know what? This is about everybody,” Peyton said.

“We have to be sure that we never forget our history. It is part of who we are,” Cook said. “The historical society helps us keep that link. Additionally, they are instrumental in recognizing that we, as a growing community, are making history today.”

Bringing younger people into the society is another of Peyton’s goals.

“It means a lot to me to be able to help and to be challenged,” she said. “This is going to be a real challenge. I don’t want to just do the norm. I want it to be great.” 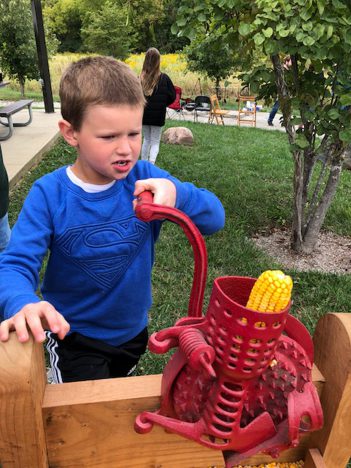 Prior to a recent move, the Westfield Washington Historical Society was housed in an old fire station on Union Street in downtown Westfield. Recently, the WWHS moved its museum to Westfield City Hall, 130 Penn St., in the upstairs area, which is exactly where Peyton started her career with the city, then a town, 24 years ago.

“I started in the upper room (of City Hall) in a room next to the town manager,” Peyton said. “This (building) is where I was hired and where I worked until about 10 years ago when I went down to the other building (Westfield City Services).”