“It actually kind of chose me,” said Pendleton, who owns Grapevine Cottage. 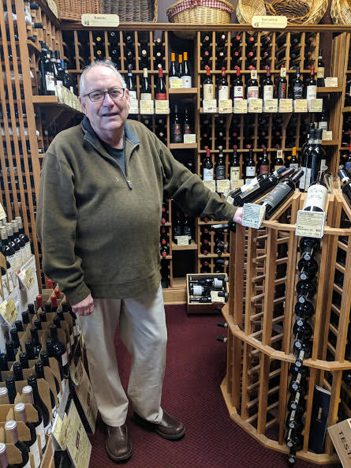 The businesses is celebrating 20 years of operation this summer.

“I was just a frustrated wine consumer,” Pendleton said. “I put together the store I’d like to shop in.”

During his search for a location, he discovered a bankrupt gourmet food business on Main Street. He purchased the shop and its liquor license and opened Grapevine Cottage in August 1999.

Even with decades of retail experience, Pendleton didn’t expect the business would last 20 years, or that he would add a second location in Fishers in 2011.

“I’ve kind of created a monster,” he said, laughing. “Part of our secret is the right people, people on the sales floor who actually know something about wine.”

Most of his staff is retired, with the exception of Mat McGraw, his general manager and business partner whom he expects will take over the business when he retires.

Within a few months of opening in 1999, Pendleton started a digital newsletter.

“It was right at the dawn of email marketing,” he said. “People weren’t getting 800 pieces of junk in their mailbox. They would actually read things.”

With roughly 7,000 recipients, Pendleton will publish the 1,000th issue in May.

One of his biggest challenges is finding young customers amidst the popularity of bourbon and craft beers, but he expects the trend will return to wine.

Pendleton is known as “the wine guy” to his customers, a moniker he first heard in California. He enjoys helping customers and having the chance to sample wines, which often requires filtering through the good and bad.