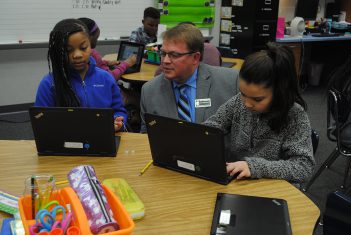 “You have to understand the formula of school grades,” Knoderer said. “Half of the formula is about student proficiency and students passing test, and the other half is about student growth. Forest Glen and Amy Beverland’s proficiency rate is higher, but in terms of student growth, every school in Lawrence Township is an A or a B. That growth is in how (students) scored as a third-grader and how they grew as a fourth-grader.

“For the growth half, Lawrence Township is exceptional, but we do know we have differences in schools in terms of what kids come to school with and some of the challenges our families face, so it’s the schools’ responsibility to work with kids over time to get them up to the proficiency mark.”

Another reason Lawrence Township schools are highly regarded but have lower accountability grades is ISTEP only tests on English and math standards. Knoderer said science, technology, engineering and mathematics standards are taught frequently at the schools, but students aren’t tested on those skills on state tests.

“I think there’s so much else to look at in terms of education rather than just one test,” Knoderer said. “Accountability grades are about how a student did on one test over a few days period of time, so there are so many things that aren’t measured on that test. The state assessment isn’t about STEM. Science isn’t even part of the accountability system, so all the engineering work (students) are doing, that’s a science standard and isn’t going to be reflected in the accountability system, yet we know that’s really good for kids.”

Knoderer said one method of improvement Lawrence Township schools are focusing on with the integration of the ILEARN test this year is increasing the instructional rigor in the classroom by creating a unique leadership model involving teachers.

“We have created a distributive leadership model, and that invests in teachers,” Knoderer said. “There are four classroom team leads (in each school), and they teach half the day and then coach their colleagues the other half of the day. They have credibility with their colleagues because they’re actually teaching half of the day. In other models, you see an instructional coach has no classroom teaching responsibilities.” 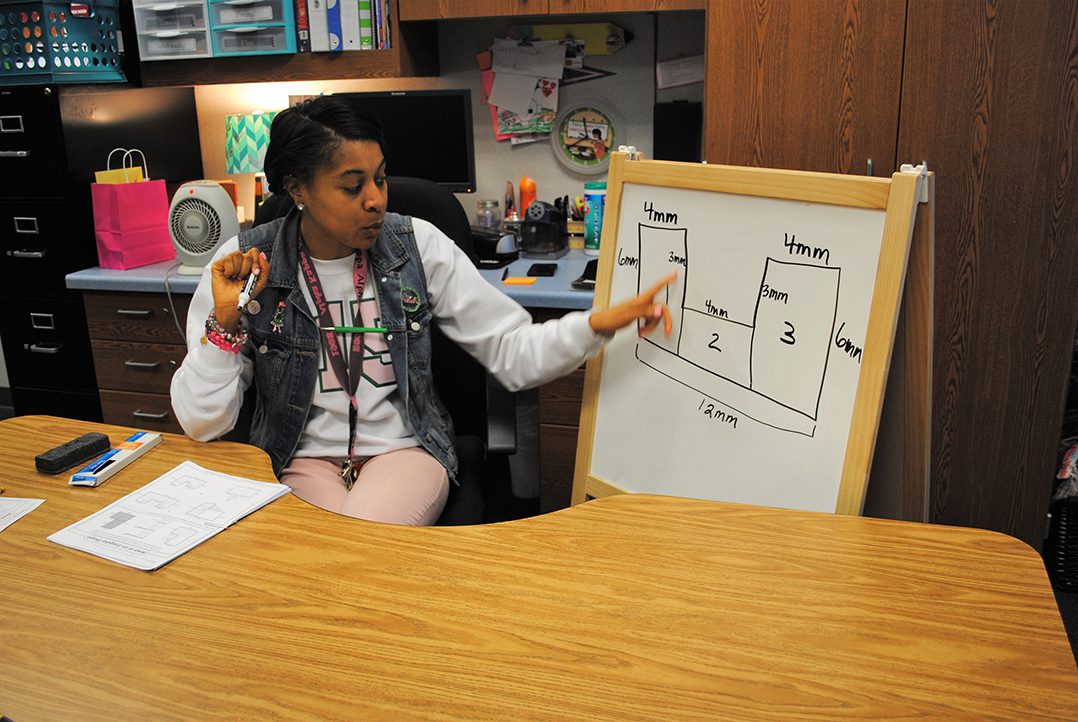 Although students have improved growth rates in their ISTEP scores, test anxiety can weigh a student down when taking the test.

Winding Ridge Elementary teacher Kendra Randle struggled with test anxiety herself as a student, and she said an important factor in helping her students succeed is sharing her own experience with them so they know they are not alone in their anxiety. She also takes instructs them how to cope with the anxiety.

“Daily, we have a meditation break in the middle of the day where we focus on breathing and centering their minds to focus and let go of anything that makes them feel anxious, or nervous, or scared,” Randle said. “I teach them this throughout the school year so that when ISTEP rolls around they are prepared with breathing techniques to help them persevere through if they get anxious during the test. Students need to have confidence within themselves in order to decrease anxiety and techniques to help them push through their anxieties that they may encounter during the assessment.”