You are at:Home»Current in Geist»Geist Community»Geist-area kids compete for LLS Student of the Year

Three high school students in the Geist area are competing for the Leukemia & Lymphoma Society’s Student of the Year honor. 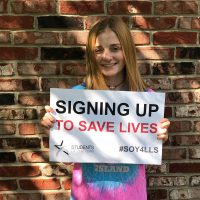 Students are keeping their individual fundraising goals secret but collectively plan to raise $500,000 during the seven-week campaign.

Treend said when she first heard of the campaign, she was uncertain to if she wanted to make such a commitment. However, she decided to do so when her good friend Claire Snyder was diagnosed with leukemia last summer. 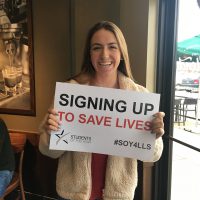 “Her and her family have been so strong, and just thinking of this inspired me to want to make an impact in the Leukemia and Lymphoma Society and to help out families like theirs, who have been so brave and courageous through all of this,” Treend said. “This year, I will be fundraising by planning some events, working closely with the township and the school administration, dine to donates and prepping a fundraising page.”

McIntosh and Treend are combining their fundraising efforts by hosting a Lawrence North versus Lawrence Central staff basketball game.

“I am very excited to be working on this with her, and I feel like we will definitely make a big impact on the school itself and the overall competition,” Treend said.

McIntosh joined the campaign after her dad, Jeff, was diagnosed with chronic myloid leukemia last year. She said her main fundraising project is the staff game co-organized with Treend, but she has several plans in the works. 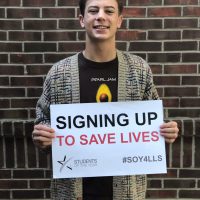 Cole said he got involved because of his brother’s best friend, Tyler Ralstin, who is a leukemia survivor. Ralstin is LLS’s Boy of the Year.

“When Rachel, his mom, was meeting with LLS about the Boy of the Year, they mentioned that they were doing High Schooler of the Year as well,” Cole said. “Rachel heard this, and being the awesome person she is, told the society all about this. When I heard about this I instantly wanted to jump right on the ball. I saw what this disease did to Tyler and his family and I wanted to do something about it. When this came about, I met with LLS the next week and signed right on.”

For his fundraisers, Cole has planned a spirit week and hot chocolate stand Feb. 16 at Mt. Vernon High School.

For more or to donate, visit studentsoftheyear.org/soy-candidates/1761.