You are at:Home»Current in Carmel»Carmel Community»Davis files to run for Carmel City Council’s central district

Now that he’s retired, Cleaster Davis figured it would be a good time to try his hand at politics. 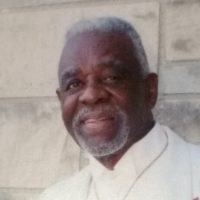 The Democrat has filed to run for Carmel City Council in the central district, a seat held by Republican Bruce Kimball. Kimball filed Jan. 9 for re-election.

Davis has lived in Carmel for more than 20 years. He previously worked in the pet care industry as a store owner and groomer and also has experience as a Christian minister. He said he enjoys building better relationships among people of all ages and races, which is one reason he decided to run for council.

Davis said he’s been involved in the political process as a volunteer for many years, but this is his first run for office.

Davis said one of his strengths is his optimism.

“You have to be positive if you’re going to do something. You have to believe in it,” he said. “If you don’t believe it, you’ll never achieve it.”