You are at:Home»Current in Fishers»Fishers Community»Hamilton Southeastern High School students compete for LLS Student of the Year

For Hamilton Southeastern High School junior Sarah Hall, her personal connection to cancer inspired her to get involved with the Leukemia & Lymphoma Society’s Students of the Year campaign. 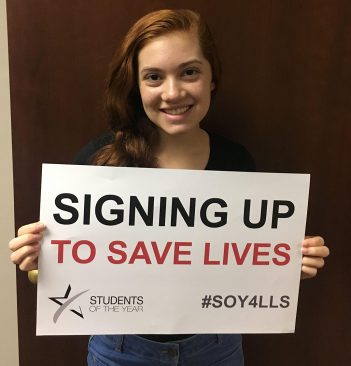 Two other HSE students, senior Ishaan Modi and junior Stephanie McClung, also are among 22 candidates competing for the Indianapolis-area title. The campaign begins Jan. 24 and runs through March 16. The candidate or co-candidate that raises the most money in the Indianapolis area earns the Student of the Year title.

This is Hall’s first year in becoming involved with LLS. 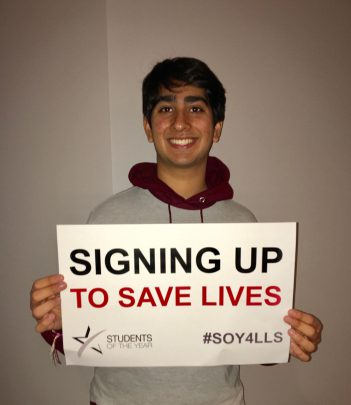 “As far as fundraising, I have no special plans, nor is my motivation for this competition to win. Rather, it’s to raise money and awareness for cancer so that no one ever has to go through the pain I’ve seen my family experience,” Hall said.

Modi said he has developed a dedication to philanthropy through his work as vice president of Student Council and his role on the Hamilton Southeastern Schools Foundation.

“As someone who plans to pursue medicine, when I found out about Students of the Year, I knew it was something I had to get involved in,” he said.

Modi said he is inspired by Riley McGuire, the campaign’s 10-year-old honored hero.

“Riley, in 2017, was diagnosed with a type of lymphoma,” he said. “I hope to raise money to help kids like Riley fight their disease and one day eradicate it completely.”

Modi said his campaign will have a grassroots focus. 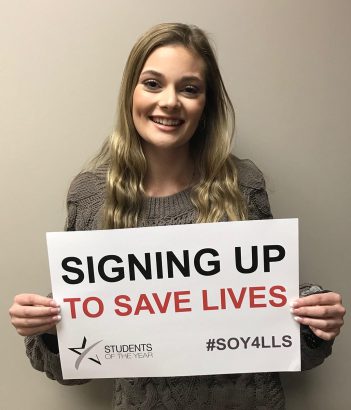 “I plan to also go to local businesses and restaurants to lobby for their support,” Modi said.

McClung said she was motivated to join the campaign because she wants to study pediatric medicine. She also was motived by Riley’s story.

“I love children, and it breaks my heart when they are affected with blood-borne diseases,” McClung said. “Also, my mom’s previous boss had stage 4 leukemia and beat it. He is like a grandfather to me, so I knew I had to do this for him.”