For the past four years, Moeller said he has strived to be a voice for fiscal responsibility and advancing the quality-of-life for Fishers residents. He was chair of the Fishers City Council Finance Committee when Fishers received its AAA bond rating. 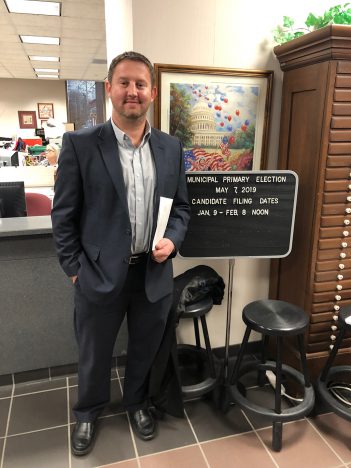 “Listening to what our residents want and collaborating to find solutions, we have been able to achieve important outcomes for Fishers,” Moeller stated in a press release. “From supporting our schools and our teachers – to investing in infrastructure and amenities – we are making this a better city to live, work and play.”

If re-elected, Moeller plans to strengthen the city’s relationship with — and impact on — neighborhoods.

“The next four years are critical as we work to strengthen our impact with neighborhoods. I want to find ways the city can partner with HOAs to assist with public safety needs, neighborhood improvement and beautification projects,” he stated.

Moeller lives in Fishers with his wife, Beth, and their two children, Sophie and Joshua. He is  the assistant vice president of finance for FORUM Credit Union and has a bachelor’s degree in finance from IUPUI and an M.B.A. from Anderson University. He and his family enjoy visiting the Fishers Parks and the Hamilton East Public Library.