You are at:Home»Current in Fishers»Fishers Community»Zimmerman vies to retain seat on Fishers City Council

Todd Zimmerman recently filed to run for re-election for his at-large seat on the Fishers City Council.

Zimmerman served as council president in 2018. He said he helped Fishers become a fiscally responsible city and has invested in teachers and passed funding to improve the city’s roads. He also said he has played an important role in supporting Fishers’ mental health initiative. 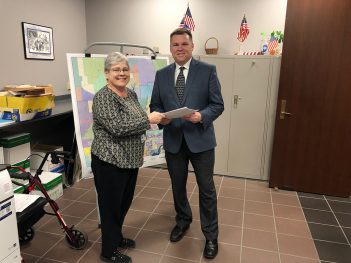 Zimmeraman established the InterFaith Mental Health Group to bring a variety of faith-based leaders together to help discover solutions and support for residents struggling with mental health issues.

“I moved to Fishers when I was only 16 years old and remember shopping with my mom at Archer’s Grocery,” Zimmeram said. “I love calling Fishers my home and am excited for its future.”

If re-elected, Zimmerman plans to continue his work with the city’s mental health initiative. He also plans on maintaining Fishers’ fiscally sound position and furthering downtown development and economic development throughout the city.

Zimmerman is commercial insurance advisor for Brown & Brown Insurance, where he focuses on loss prevention and asset protection. He attended Anderson University and lives in Fishers with his wife, Nikki, and their three sons, Joshua, Elijah and Benji.