You are at:Home»Current in Zionsville»Zionsville Community»Purdue professor to discuss film

Purdue University psychology professor Kipling Williams will visit Zionsville Community High School at 6:45 p.m. Feb. 26 at the ZCHS Performing Arts Center to discuss his research on social ostracism and his contributions to the 2013 film “Reject.” 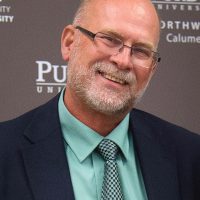 “Reject” delves into the scientific effects of social exclusion. The documentary features interviews with experts in psychology, education, medicine, neuroscience and other fields, along with commentary from those who have personally experienced ostracism.

The film weaves together three storylines. One explores science’s understanding of exclusion and how it makes people act. Another focuses on a high school student’s journey through ostracism. The third story investigates an intervention strategy taught to kindergarten and first-grade students in Oklahoma.

Williams, who has taught at Purdue for 15 years, joined the film’s group of subjects after the director’s father heard Williams speak in Pittsburgh. Williams will present his findings at the Zionsville event.

Williams’ research looks at the effects of ostracism, which he said threatens four fundamental needs of people: The need to belong, the need to have a reasonably high self-esteem, the need to feel you are in control of your social situation and the need to feel acknowledged or that your existence is meaningful.

“We find evidence that the regions of the brain that detect pain, physical pain, are also activated when they detect ostracism, even for very short episodes of ostracism,” Williams said.

Williams said the most surprising finding from the film is that science shows that being excluded is as, or is more, harmful as being bullied. In addition, the film offers ways to motivate children to include others to prevent ostracism.

“It only really takes one person to reach out and acknowledge the person and make a connection, and that can solve a number of problems the person is facing when they’re ostracized by lots of other people,” Williams said.

Event tickets are free, and child care will be provided to those who RSVP. Register at zvilleperformingarts.org.