You are at:Home»Current in Westfield»Westfield Community»First Westfield TEDx program set for Feb. 9

Westfield residents will have the chance to attend a TEDx program when it comes to the city for the first time Feb. 9.

Five student speakers and five adult speakers will address the topic “Within Reach” during the program, which runs from 9 a.m. to 4:15 p.m., with a break for lunch, at the Westfield High School large-group instruction room, 18250 N. Union St. 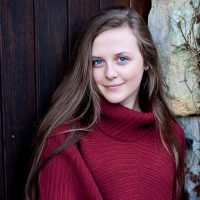 “Basically, we are hosting a TEDx conference here at the high school,” said Sydney Green, a WHS student organizing the event through the school’s TED club. “It is based on an ever-evolving world based upon accessibility. Making things within reach is a big part of bringing people together to spread creative ideas.”

Green cited the example of WHS’s Idea Farm, a makerspace available to students with tools like 3-D printers and other accessories they may not have access to at home.

“Allowing kids to use (the Idea Farm) helps create new things from student minds that people wouldn’t normally be able to do if they didn’t have the resources,” Green said.

A TEDx program is generally guided by the TED Conference, but the “x” means the events are independently organized outside of TED Conference.

“It’s a full-day event, two sessions of five speakers each (and) we are going to have workshops during the day,” Green said.

Topics include how cultures in different nations center around different values, women in STEM and how to prevent self-victimizing behavior, among other areas of discussion. Sessions will not exceed 18 minutes.

During lunch, there will be a networking time with several workshops.

“The workshops are laid out like a rotation in a classroom,” Green said. “There are four workshops and (attendees) spend 15 minutes at each one then they rotate through.”

Green said the workshops will be hands-on experiences. Green began thinking about conducting a program in 2017.

“I was sitting in the Idea Farm one day, and it just kind of dawned on me,” she said. “I said to (innovation specialist Joel) Bruns, ‘You know what would be cool? To do something with TED.’ And he said, ‘Yeah, that’s cool,’ and I looked it up, and they had like TED clubs. They didn’t really have what I was wanting, and then I realized we could host our own TEDx event. So, I applied for a license and went full-steam ahead.”

Tickets  are on sale for $7 for students and $12 for adults. Attendance will be capped at 100 people. For more or to purchase tickets, visit conferize.com/tedxyouthatwhs/home.